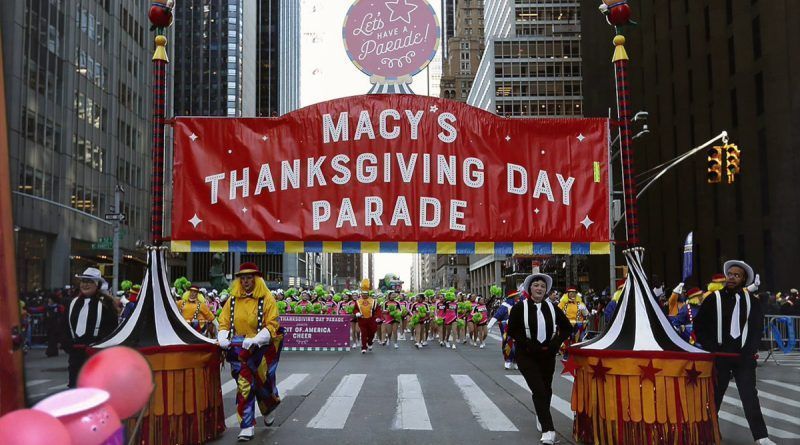 In New York there is a Thanksgiving Day parade

The parade is held by one of America’s largest department stores, Macy’s. The tradition dates back to 1924, when employees of the retailer first marched through Manhattan to 34th Street, where the chain’s flagship store is located. Since then, the parade has been held almost every year, the only exception being during World War II. During the coronavirus pandemic in 2020, the parade was held in a scaled-down format, with no spectators.

On Thursday, the parade column is still formed by Macy’s employees, their friends and family. They are accompanied by platforms on wheels with inflatable figures of characters from popular fairy tales and cartoons. The route runs along the west side of Central Park, from 75th Street south. Participants then take 61st Street to 6th Avenue and proceed to 34th Street. The distance is about 4 miles and the procession lasts about 3 hours. The number of spectators is usually up to 3 million people.

The atmosphere in the parade area is calm. Many people came with children. Police are taking heightened security measures to ensure order, having blocked many streets near the parade route.

U.S. President Joe Biden called one of the journalists covering the parade live, as he did a year ago. Last year, Biden used this way of addressing the nation to announce the end of the coronavirus pandemic, even though there was a spike in omicron disease shortly after the holiday.

According to the White House press pool, Biden announced his intention Thursday to meet and congratulate firefighters, police officers and military personnel on the holiday.

Thanksgiving
Thanksgiving was declared a U.S. national holiday in 1863 by the nation’s 16th president, Abraham Lincoln (1809-1865). In 1941 Congress passed a resolution according to which the holiday was celebrated every fourth Thursday of November.

The tradition originated in 1621, when the first settlers of the colony in what is now Massachusetts decided to hold a feast after the harvest. The Indians were invited to it and brought with them a bird that was strange to Europeans – a turkey, which has since become a constant attribute of Thanksgiving.