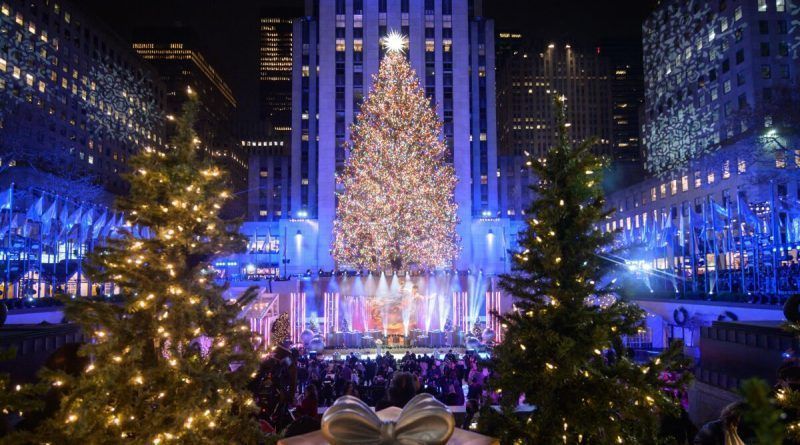 In New York City, the lights were lit at the Rockefeller Center Christmas Tree

Hundreds of people gathered Wednesday for the traditional Christmas tree lighting ceremony near the Rockefeller Center in New York City, despite the rain that continued all day.

Fewer people came to watch the ceremony than last year. At that time, the celebrations were a symbol of the end of the pandemic coronavirus for many residents of the metropolis and caused special interest. Now almost nothing reminds of the pandemic – most of the spectators came without protective masks. Streets adjacent to Rockefeller Center were closed and traffic on Fifth and Sixth Avenues was restricted as a precaution.

The Christmas tree was first installed near Rockefeller Center in 1931. Since 1933 the turning on of the lights has been a regular occurrence, and since 1951 the ceremony has been televised nationwide.

The spruce installed in Manhattan this year is about 90 years old. There are 50,000 multi-colored lights hanging from the branches; the total length of the garland is about five miles. The top of the spruce is crowned with a star weighing more than 900 pounds and decorated with 3,000 Swarovski crystals.