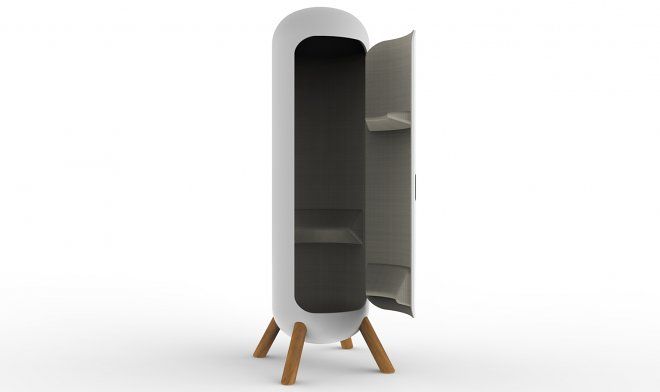 In Japan, vertical boxes for sleeping in the workplace have been developed

According to the Japanese Ministry of Health, there have been 2,346 workers’ compensation claims for developing mental disorders. The new negative anti-record underscores an unhealthy overwork situation that has been the norm in Japan for decades. But corporations prefer to fight the symptoms rather than the cause, which has led to the original vertical workplace sleep boxes.

The boxes were developed at the Itoki furniture company as an alternative to the makeshift boxes used by the Japanese for sleep breaks at work. Many people are afraid to leave the office, so they are forced to rest in uncomfortable positions, there is often no opportunity to lay an air mattress or put a sofa in offices. The developers of vertical boxes tried to solve this problem by creating a sleeping place, which does not occupy a separate space.

Inside the box is a system of stands and bases, so a person can lean on them and relax even in an upright position. How comfortable it is in reality hard to say, this type of furniture has not yet gone on sale. The culture of midday rest exists in many countries, but if sleeping directly in the workplace is a forced measure, it is difficult to call it a healthy practice.