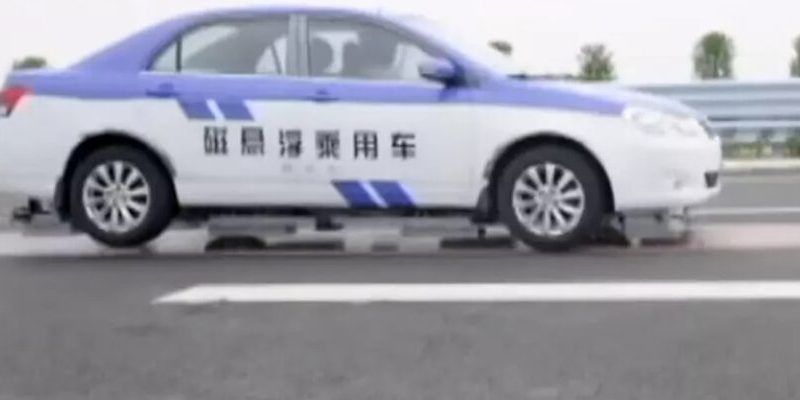 In China, they tested several cars on a magnetic cushion

As soon as talk of magnetic suspension comes up, people immediately think of railroads. This is justified after news that new rail systems using it are developing fantastic speeds. However, this technology can also be successfully applied to automobiles. Chinese scientists from Southwest Jiaotong University conducted several tests of levitating systems and got encouraging results.

The tests were conducted on one of the highways in eastern China. For this purpose, it was modernized – it was necessary to install a grid with permanent magnets and a conductive rail to ensure the possibility of movement and acceleration. With the help of this system, the researchers were able to lift a car weighing 2,800 kilograms into the air. It is reported that a speed of 230 km/h was recorded in the experiment. A total of 8 serial production cars took part in the tests.

Technology Maglev (magnetic levitation) is based on the use of magnets and electromagnetic forces to levitate vehicles. The application of this principle to cars promises bright prospects – driving range increases significantly while reducing energy consumption. But we should not expect such cars to appear in the Celestial Empire in the next few years. There is a lot of work and considerable investments to be made.

The Chinese authorities consider the project promising, expecting not only fuel efficiency, but also reduction of traffic jams due to the clear coordination of traffic lanes. China has become a pioneer and leader in the development and implementation of Maglev, and the results of the studies once again prove this.