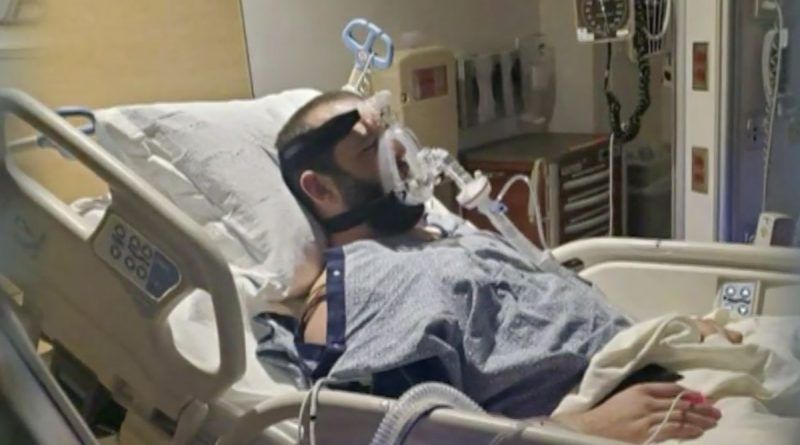 In the Boston hospital denied heart transplant to unvaccinated patient

A hospital in Boston refused to perform heart transplant surgery on a patient who had not been vaccinated against COVID-19. Hospital officials said the coronavirus vaccination is “essential” for transplant recipients.

The incident was reported by the patient’s family. His father David Ferguson said the 31-year-old man is fighting for his life at Brigham and Women’s Hospital and desperately needs a heart transplant.

“My son was on the brink of death, standing up for his opinion, and he was pushed to the limit,” Ferguson said.

According to the family, the man was on the waiting list for a heart transplant. However, because he refused the vaccination, he was no longer eligible for the transplant according to hospital policy. Nevertheless, he refuses to be vaccinated.

“It goes against his basic principles, he doesn’t believe in it. It’s a policy they enforce, and so because he doesn’t want to be vaccinated, they took him off the list for a heart transplant,” the patient’s father said.

For now, the man remains at Brigham and Women’s Hospital. He is a father of two and his wife is expecting a third. The family says they don’t know what to do. He may be too weak to transfer to another clinic.

“We’re actively looking at all options, but we’re running out of time,” Ferguson said.

Ferguson’s family disagrees with the hospital’s policy. “I think my boy fights with a hell of a lot of courage, he has integrity and principles that he really believes in, and that makes me respect him even more,” the man’s father said. – It’s his body. It’s his choice.”

Brigham and Women’s Hospital released a statement explaining its position.

“Like many other transplant programs in the United States, the Covid-19 vaccine is one of several vaccines and behaviors required of transplant candidates in the Mass General Brigham system. This is necessary to create the best chance of successful surgery as well as patient survival after transplantation,” the statement said.

Dr. Arthur Kaplan chairs the Department of Medical Ethics at New York University’s Grossman School of Medicine. Vaccinations are necessary for these kinds of procedures, he said.