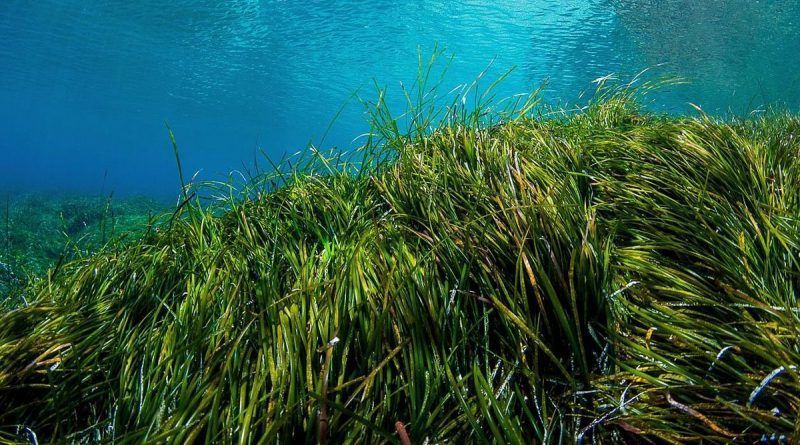 In Australia, found the largest plant on the planet

Scientists from the University of Western Australia and Flinders University have found the largest plant on the planet – it turned out to be a field of seaweed off the coast of Western Australia, covering almost 200 square kilometers. Most surprisingly, this entire green plantation spread from a single shoot cloning itself.

This became clear when the team wanted to investigate the genetic diversity of the algae fields in Shark Bay. To do so, they took plant samples from the entire area and studied 18,000 markers to establish their profiles. “The answer amazed us – there was only one profile!” commented Jane Edglow, the study’s lead author. And that makes this alga the largest plant known to science in the world.

Previous record holder was a grove of aspen Pando in Utah (USA), which has similarly sprawled into an entire forest with a common root system. Pando is 400 square meters, which means the area of Australian algae is 400 times larger. Although Pando is probably heavier in biomass.

The vast field of algae is also amazing for another reason: it has been estimated that it is at least 4,500 years old. The team found out how it has managed to survive environmental changes so far without throwing in fresh genes. The plant turned out to be a polyploid, meaning it contained both parental genomes rather than one.

Polyploids are often found in extreme environments, they are usually sterile, but will continue to grow if left undisturbed, which this algae did. Without flowers and seeds, it proved strong enough to survive temperature and salinity extremes, as well as withstand strong light, which would have caused a lot of stress in many plants. Researchers will continue to study the amazing mega-algae to better understand its lifestyle.