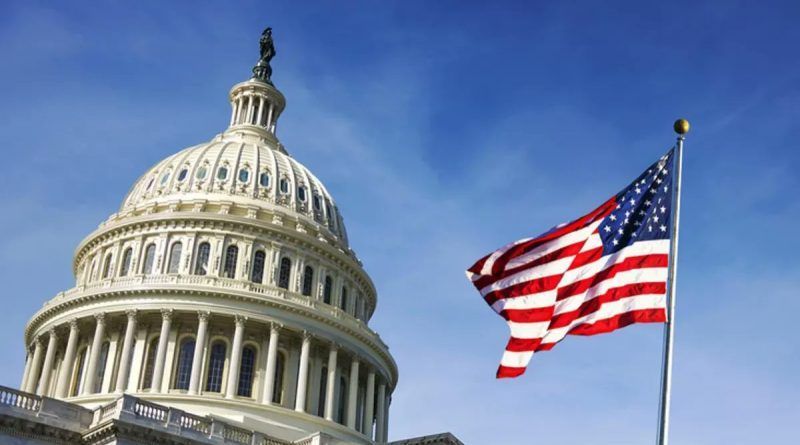 How the U.S. Congressional Election Works

On November 8, 2022, the United States will hold elections to the 118th Congress. During them a new House of Representatives will be elected and one third of the Senate will be re-elected. TASS has prepared material on the powers, composition and formation of the highest U.S. legislature.

Powers of .
Under Article 1 of the U.S. Constitution (1787), Congress consists of two houses, the Senate (upper house) and the House of Representatives (lower house).

Congress passes the federal budget, sets taxes and duties uniform throughout the country, determines the national debt ceiling, regulates foreign and domestic commerce, and supervises the activities of the executive branch. Congress has the power to declare war and form the armed forces (the president may use the armed forces without a declaration of war for up to 60 days). The House of Representatives also has the right to elect the president of the USA if during presidential elections none of the candidates receives more than half of the electoral votes (in the history of the USA there have been two such cases: in 1801 and 1824).

The most important powers of the Senate are to approve international treaties and presidential appointments to top government positions. The Senate also has the power, on the recommendation of the House of Representatives, to impeach the president.

Each Congress has a two-year term which usually begins on January 3 of the year following the election.

The seat of Congress is the Capitol on Capitol Hill in Washington.

Elections
Elections are held on the first Tuesday after the first Monday in November of an even-numbered year. In a leap year, they coincide with the presidential election and are called national elections; in a nonleap year, they are intermediate elections because they fall in the middle of the incumbent’s term of office and serve as an indicator of the level of popular support for the party whose representative occupies the White House.

The U.S. has historically had a strong two-party system. Since the 1850s, both houses of Congress and state legislatures have been controlled by the Democratic and Republican parties. Other political forces do not play a prominent role in the life of the country.

As a rule, candidates go through the procedures of preliminary party elections (primaries), in some states they are chosen by party congresses.

Members of Congress are elected by direct majority vote. Election procedures are established by state law. In most states, elections are held on a single ballot using the relative majority principle (to win, it is enough to get more votes than the competitor and not necessarily more than half). However, in some states (e.g. Louisiana and Georgia) an absolute majority is required to win, which sometimes leads to a 2nd round. The constitution does not limit the number of terms for which members of both houses may be elected.

Elections are financed in part from the state budget, personal funds of candidates, and donations. A 2010 Supreme Court decision, upheld in 2014, lifted restrictions on the flow of corporate money to party coffers and candidate funds, allowing virtually unlimited and in some cases anonymous sponsorship.

All U.S. citizens who are 18 years of age or older and who have resided in the U.S. for a specified period (its length is determined by state law) have the right to vote actively.

Formation of the Senate
The Senate is made up of 100 members, two from each state. Thus, all states have equal representation regardless of population. A Senator may be an American of at least 30 years of age, who has been a U.S. citizen for at least nine years, and who resides within the boundaries of the state from which he or she is elected. The term of office for senators is six years. In order to ensure stability and continuity in the activities of the House, one third of the members are subject to re-election every two years (senators from one state are not elected at the same time). When there is a vacancy in the Senate, some states hold by-elections, in which a candidate is elected not for six years, but until the end of the term of the departed senator, in some states the governor may appoint an acting senator.

In addition to 435 congressmen, there is one non-voting representative from the District of Columbia and the unincorporated territories of Puerto Rico, Guam, American Samoa, the Northern Mariana Islands and the Virgin Islands (elected under their own domestic laws), each in the lower house. They may introduce bills and vote in committees, but not in the House of Representatives.

House leadership
The Senate is chaired by the national vice president, but his participation in votes is limited to those cases in which the votes of senators are equally divided. The vice president presides over the Senate, usually at ceremonial events and necessarily at the counting of the votes of the electoral college. The actual head of the chamber is the temporary president (pro tempore). This position is usually held by the most senior senator from the majority party (an absolute majority vote is required for approval).

The 117th Congress
In the House of Representatives of the last, 117th Congress (elected November 3, 2020, began serving January 3, 2021), Democrats won 222 seats and Republicans 213. In the Senate, there was parity, with 50 seats for each party (the Democratic Party with two independents), but since the post of U.S. Vice President is held by Kamala Harris of the Democratic Party, control of the chamber went to the Democrats.