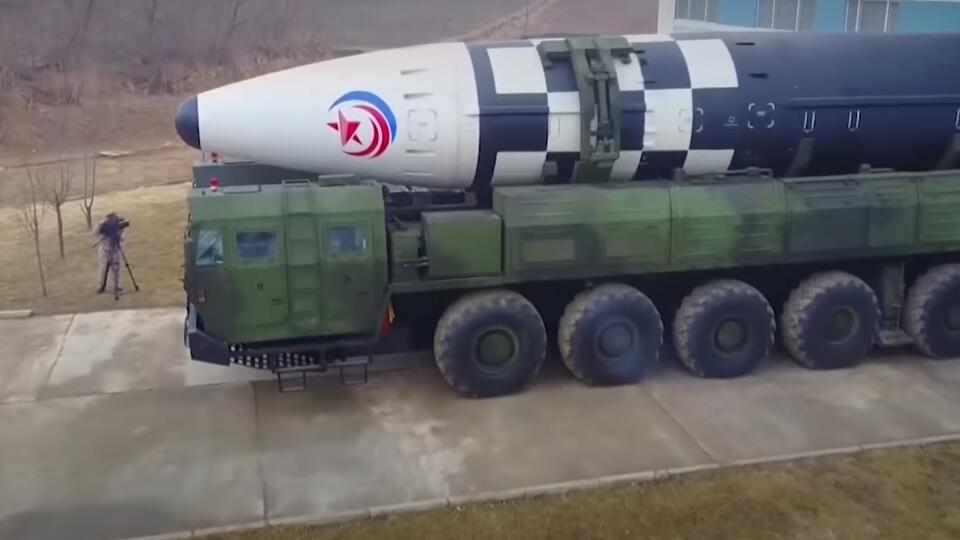 “Hwason-17” experts call the “monster rocket.” It was first noticed at a parade in Pyongyang in autumn 2020. According to observers, the weapon was noticeably larger than the previous version of the Hwasong-15. Today, the 17th model claims to be the largest intercontinental ballistic missile in the world. Its diameter is estimated at 2.4 meters, and its total mass with a full load can reach 110 tons.

Some analysts have suggested that the size of the ICBM allows it to carry multiple warheads and additional means to overcome missile defenses. If this version is correct, the striking effect of the development will only increase.

The Korean Central News Agency reported that the test was successful. “The Hwasong-17 flew 1,090 kilometers, reaching a maximum altitude of 6,248.5 kilometers, and hit a target in the Sea of Japan. The missile stayed in the air for 67.5 minutes. Similar data was provided by North Korea’s closest neighbors – Japan and South Korea. According to pictures by the CTAC, the Hwasong-17 was launched from an 11-axle transport and assembly launcher. According to the Americans, such equipment has not been used before, as it was provided by China in only a few pieces.

North Korea is positioning the missile test as part of a “nuclear war deterrent force.”

“North Korea’s new strategic weapons will once again clearly demonstrate the power of our strategic force to the world,” the country’s leader, Kim Jong-un, stressed.

“The Hwasong-17 was launched at an exaggerated trajectory “for security reasons of neighboring states,” but Japan was not satisfied with this state of affairs. The military recorded the landing of the ICBM just 170 kilometers west of Aomori Prefecture. Prime Minister Fumio Kishida believes that Pyongyang is committing an “outrage that cannot be forgiven.

Two hours after the Hwasong flight, South Korea launched five missiles of its own, calling it “a demonstration of its ability and willingness to respond and punish immediately.”

“The door for diplomacy is not closed, but Pyongyang must stop its destabilizing actions immediately. The United States will take all necessary measures to ensure the security of the American homeland, the Republic of Korea and Japanese allies,” the White House said in a statement.

Japan’s Defense Ministry is in solidarity with this formulation. It published a video of the missile’s condensation trail and announced the current launch was the most technically successful in North Korean history. Nobuo Kishi, head of the Defense Ministry, was especially excited.

Calculations show that the range may be more than 15,000 kilometers, depending on the weight of the warhead. Thus, the entire U.S. territory, including the East Coast, falls within the radius.

However, the Hwasong-17 strike zone is far from being the only thing that made the Web users think of America. Pyongyang released a presentation video of Kim Jong-un posing Hollywood-style in a leather jacket and dark glasses, and it instantly went viral on the Internet.