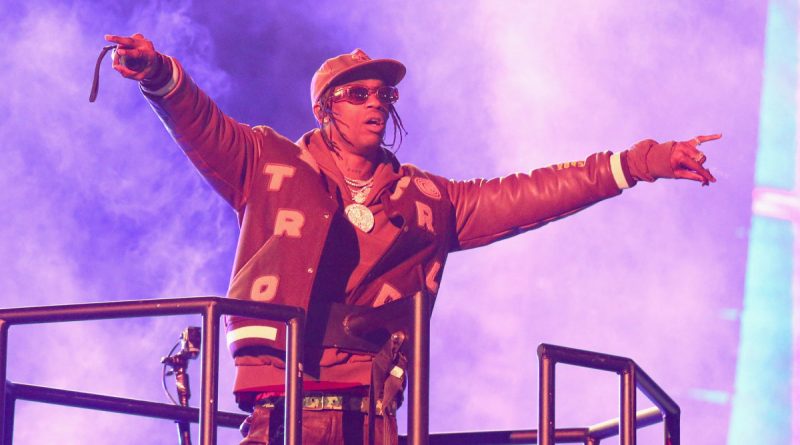 Rapper Travis Scott is being sued after a concert he attended in Houston crushed at least eight people to death and injured many.

One of the concert-goers who was injured accused Scott and surprise Canadian rapper Drake, who showed up at the concert, of teasing the crowd and is seeking a million dollars in damages. Scott himself said he was doing everything in his power to help the victims’ families – the youngest of the victims was only 14 years old.

According to Variety, Travis also wants to give a full refund to the people who attended the show and has already canceled Saturday’s performance at the Day N Vegas festival in Las Vegas because he said he was too upset.

The stampede occurred Friday night, the first day of the Astroworld festival in Houston, Texas, during Travis Scott’s performance. When he appeared on stage, the audience rushed forward, causing a stampede and panic. As a result, eight people died and about 300 more were injured in various ways.

As one of the concert-goers, Lucas Nacaratti, said, three minutes after the rapper took the stage, it was clear that there would be casualties. “It was impossible to move, even to put my hand to my face – so densely packed with people,” said the eyewitness.

According to a report in the New York Times, Houston Police Chief Troy Finner personally visited Scott’s trailer to express his concerns about the overexcited state of the audience on the eve of the show.

The New York Times quotes City Fire Chief Samuel Pena as saying that Scott and the event organizers could have stepped in and calmed people down.

“The only person who could have stepped in and taken tactical pause in case something went wrong was the performer himself,” Peña said.

Texas police have launched an investigation into the incident. It intends to look into reports that some audience members were taking drugs right at the concert. Indeed, several concert-goers had to be revived with drugs overdose medication, and there was even a security guard among them.

Houston police officials refused to confirm or deny reports in the Times and details of their investigation into drugs at the festival.

One lawsuit was filed by Christian Paredes, 23, who accuses Scott and Drake of inciting violence and claims that the Live Nation concert organizing company failed to provide adequate security or medical care. The one-million-dollar lawsuit says Paredes felt a jerk of a crowd, after which chaos and crush ensued.

“Many people pleaded for help from security guards hired by Live Nation Entertainment, but those pleas were ignored,” his statement reads. Paredes claims he was severely injured as a result.

Manuel Souza is also suing Scott, Live Nation and the festival’s promoter for millions of dollars for the serious injuries he sustained when an uncontrollable crowd knocked him to the floor and stomped on him, the plaintiff said.

“We will pursue justice for all of our clients affected by this tragic, avoidable incident,” Crump stressed.

Travis Scott has been sued in the past over his concerts. In 2018, he pleaded guilty to disorderly conduct after he was accused of inciting a crowd to storm the stage at an Arkansas concert. According to a local newspaper, he even paid about $7,000 to two attendees at that concert who said they were injured as a result of his provocation.