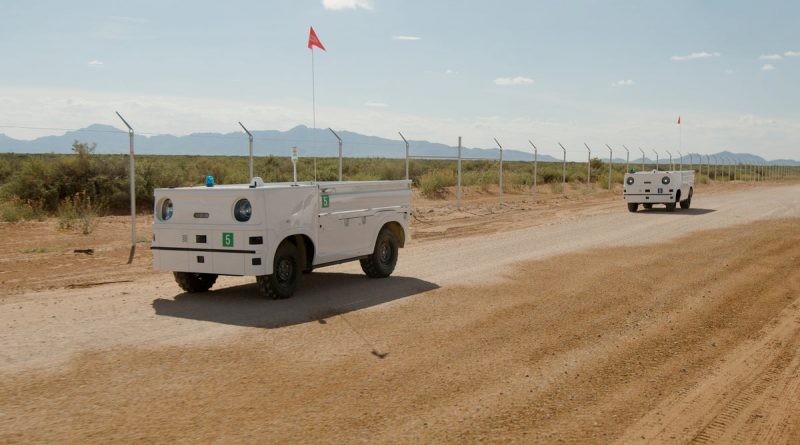 For the first time, Honda has unveiled a prototype of the Autonomous Work Vehicle (AWV), designed to perform a wide range of work. By the end of this year, it will already be tested in the U.S. – in California, Colorado, and North Carolina. The second prototype will be tested on the roads of New Mexico.

The AWV is essentially a well-proven SUV platform equipped with advanced autonomous driving technology. As conceived by the developers, it will be in demand on construction sites, for delivering equipment to firefighters, handling chemicals in fields and even participating in the maintenance of solar power plants.

The second prototype of AWV is more like a usual mini-truck. It has two headlights in front and blue flasher on top to warn others of its presence.

Autonomous truck is equipped with an electric transmission. When fully loaded (up to 400 kg plus a towed load of 750 kg) it can travel up to 50 km, after which it needs a six-hour recharge. There is no information about the speed capabilities of the platform yet, but the video shows that the AWV moves smoothly and slowly, which guarantees safety to others.

The autonomous driving system consists of sensors, GPS, radar, lidar and a 3D camera, which does not exclude the possibility of remote control of the vehicle via a cloud application from a tablet.

Honda conducted its latest series of tests with the construction company Black & Veatch during the construction of solar energy facilities in New Mexico, where the AWV was used to deliver equipment and construction materials along predetermined routes on an area of about 405 hectares. The drone worked a full 8-hour work day in high temperatures without any problems.