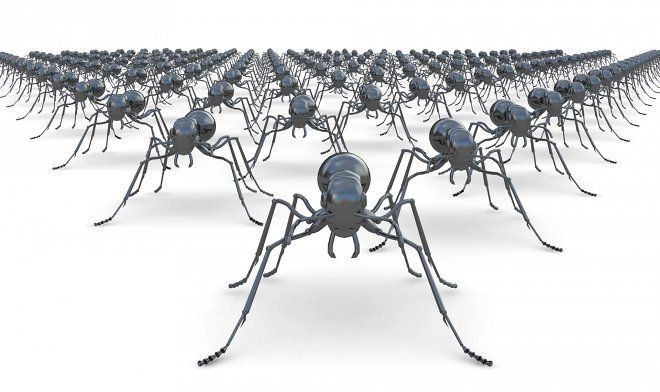 German scientists managed to count all the ants on Earth

Thanks to scientists from Germany, there is one less mystery in the world: they have calculated the number of ants that inhabit our planet. The work to establish the truth in this extremely difficult question was carried out by a team from Julius Maximilian University. All available data had to be thoroughly examined to achieve the result, but the effort was not in vain. The researchers did not have to manually count all the anthills, but the calculations took a lot of time.

First of all, the materials of 497 studies conducted earlier and touching this question were studied. They covered, to some extent, all continents and known ecosystems. An empirical estimate was made based on the data obtained. It was determined by calculation that the number of ants on Earth is approximately equal to 20 quadrillion. Just imagine – that’s 20 times the number of stars in our galaxy. If we put all the ants on a giant scale on the planet, we see a figure of 12 million tons. And that is considerably more than the mass of all the animals or birds on Earth. In terms of biomass, ants are second only to humans.

Ants mainly live in the tropics, but they don’t mind living in deserts and swamps. But the northern latitudes are practically free of them. Not so often, these insects are also found in cities. It has been reliably established that these inconspicuous arthropods have a huge impact on ecosystems. For example, they manage to move at least 13 tons of soil in an area of 1 hectare per year.