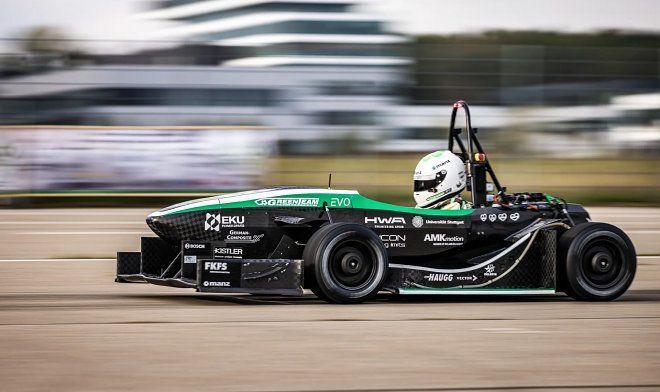 German electric car accelerates to 100 km/h in less than 1.5 seconds for the first time in the world

The GreenTeam from the University of Stuttgart has regained the lead in such a specific competition as the acceleration of electric cars to 100 km/h. While this is a secondary parameter for electric vehicle manufacturers, university teams have been fighting in this field for the entire 21st century. Engineers from Stuttgart have already become record holders twice, in 2012 and 2015, but after the triumph of the Swiss Grimsel model, they left the podium for six long years.

In 2016, the Grimsel electric car managed to accelerate to 100 km/h in 1.513 seconds. And on October 6, 2022, the GreenTeam E0711 electric car did it in 1.461 seconds. The victory did not come easily: in July, the prototype crashed in an accident, the driver miraculously survived, and a whole year of work was lost. The German engineers had barely managed to repair their machine when it broke down again in September. Then they were let down by the Guinness Book of World Records, which recorded the record almost a week late.

GreenTeam E0711 has an unimpressive look and very modest size, but this is its main advantage. Weighing just 145 kg, it has a power-to-weight ratio of 1.24 kW/kg, well above the critical 1:1 ratio. Especially for the record, new electric motors were developed for each wheel with a capacity of 180 kW, as well as a special high-voltage battery. The achievement was set at the Bosch racetrack in Renningen, Germany.