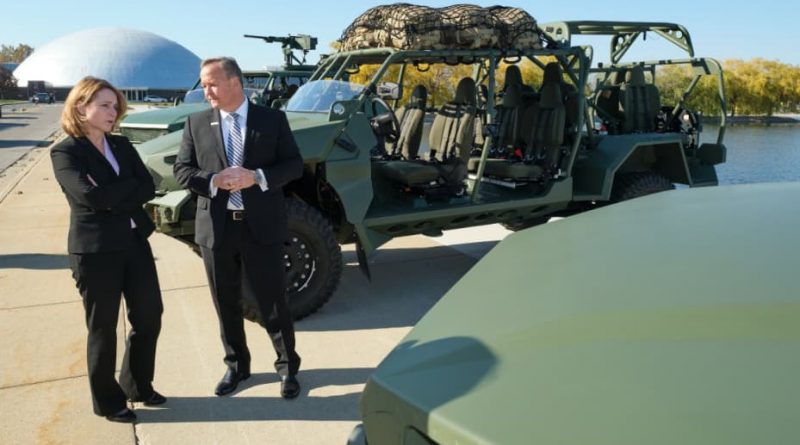 President of General Motors Defense (GM’s military division) Steve Dumont said in an interview with CNBC that the company is going to develop a prototype of the army reconnaissance electric vehicle eLRV based on the Hummer EV SUV.

The prototype is expected to be ready as early as next year, but the company has no guarantee that the eLRV will be in demand by the Pentagon. The viability of the future military electric vehicle technology itself is highly doubtful. Its fate will not be finally determined until the middle of this decade.

It is all about logistical support in the combat zone. As practice has shown, soldiers cannot find electric vehicle charging stations for a long time. Besides, these stations should be mobile and not depend on the electric grid. Another unresolved problem is the decreasing potential of interchangeable batteries depending on temperature fluctuations.

However, the developers have a lot to strive for. If a light electric reconnaissance vehicle can be created, it will have no emissions, will be much easier to maintain because there are fewer moving parts, and will be low-noise and low-visibility, which is very important for reconnaissance.