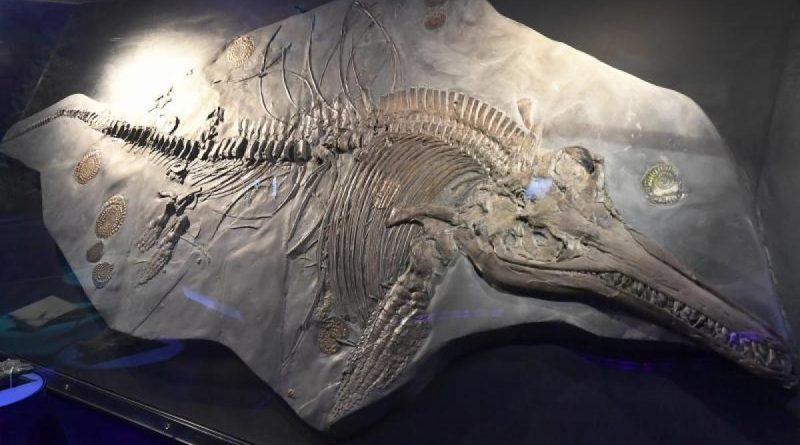 Fossils of the oldest sea giant found in the U.S.

Fossils of a previously unknown aquatic reptile species, probably the first giant species on the planet, have been found in Nevada. Cymbospondylus youngorum, a member of the early dinosaur family of ichthyosaurs, was incredibly large. The fossils include a skull 2 m long, part of the spine, shoulder and front flippers. This previously unknown species lived about 246 million years ago. The remains of C. youngorum are now in the Natural History Museum in Los Angeles.

Ichthyosaurs are a successful family that ruled the planet’s waters for 150 million years, which corresponds to almost the entire dinosaur era. The typical member of the ichthyosaurs was dolphin-like, with a long snout, fins and dorsal fin, averaging 2 to 4 meters in length, although some grew over 20 meters. The species we found was one of these giants, about 17 meters long. It is not the largest, an honor bestowed on a later species of 26 m. long, but this is the largest of its contemporaries. In the Middle Triassic, it was probably the largest creature that lived on Earth at that time. 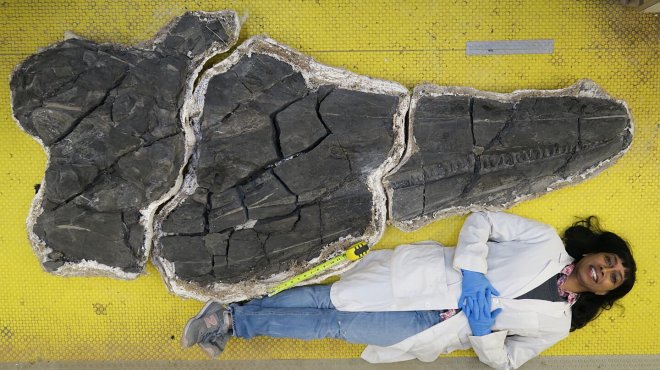 The most amazing thing is the rate at which it reached gigantism. The first ichthyosaurs populated the ocean only 3 million years before C. youngorum. According to scientists, the species made such a leap in growth due to predation. Six million years ago, the Earth’s biosphere underwent a severe species extinction at the boundary of the Permian Triassic. By the time ichthyosaurs appeared, fish, squid, ammonites and conodonts were already carving out empty ecological niches. This abundance of new food probably contributed to the flourishing of predatory species like C. youngorum.

Ichthyosaurs and whales are an interesting case of convergent evolution, when habitat conditions provoke the development of similar shapes and survival strategies in unrelated species. Together with a similar body shape, both families evolved to gigantic sizes, albeit at different rates. Ichthyosaurs evolved to giants very soon, and then shrank back afterwards. Whales took much longer to develop into giants, but they are still the largest living species known to science.