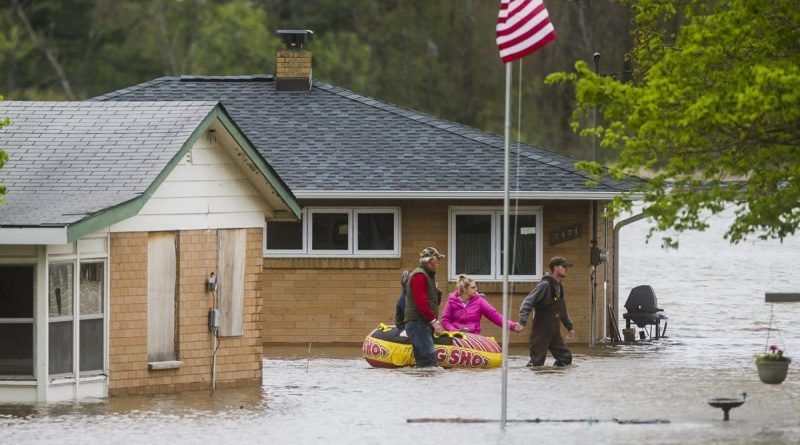 Scientists from the USA and Great Britain found out that economic damage from seasonal floods will grow by 26% by the middle of the century all over the USA as a result of increased precipitation and population growth in the coastal regions of the country.

“The risk of flooding in Western countries is already unacceptably high. We have shown that global warming and demographic factors will further exacerbate it. Simply decarbonizing the economy will not allow us to eliminate these risks – we will have to develop measures that will allow people in these regions of the United States to adapt to living in such conditions,” said Bristol University professor Paul Bates.

In recent years, the frequency of so-called extreme weather events, including floods, prolonged droughts and heat waves, as well as hurricanes and typhoons in the Atlantic and Pacific has increased significantly. The frequency of these anomalies is thought to be related to global warming, but the mechanisms of its effect on the weather are not yet fully understood.

When climate scientists compared these data, they found that the economic damage from floods, inundations and other natural disasters of this kind will increase by about 26 percent by 2050. This will happen not only if the Paris Climate Accords are completely abandoned, but also if greenhouse gas emissions are significantly reduced.

On average, the United States economy will lose about $40.6 billion annually, which will be associated with both the destruction of coastal urban infrastructure and the destruction of private property of American citizens. As Professor Bates and his colleagues emphasize, these losses have been calculated without taking into account the impact of inflation, so in reality they could be much higher.

According to the researchers, the main driving factor in the growth of these losses was not global warming, but demographic processes and related changes in the infrastructure of cities. They accounted for about 80 percent of the new economic losses, while climate factors accounted for only 20 percent of that increase.

As Professor Bates and his colleagues point out, these processes will particularly affect the poorest and lowest-income people in the United States, who do not have enough resources to move or deal with floods. This should be taken into account when preparing measures aimed at combating such natural disasters, the scientists concluded.