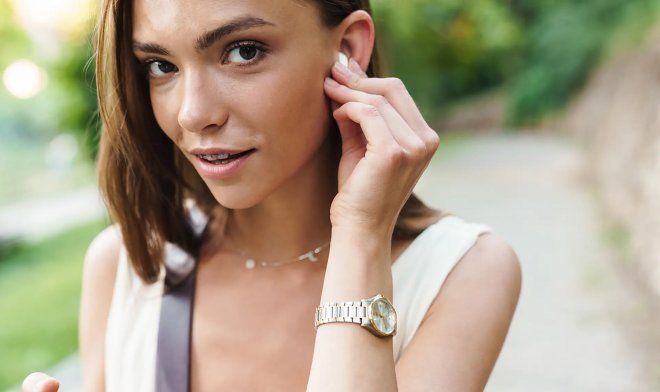 EarCommand technology will allow you to control electronics with silent commands

A huge number of gadgets support voice control. It is quite convenient, but the technology has disadvantages: loss of privacy, problems with recognition of the spoken command in a noisy place, the devices often make mistakes and can not identify the voice of the owners. A group of scientists-enthusiasts from New York University in Buffalo proposed their own technology for silent control of mobile electronics, EarCommand.

The researchers were guided by one important observation. The fact is that when words are spoken silently, movements of bones and muscles provoke deformation of the auditory canal. In doing so, the deformity patterns can be matched to specific words. The EarCommand device is similar in shape to an earpiece, and is a miniature speaker facing inward. It generates and sends ultrasonic-like waves into the ear canal. A sensitive microphone records the “echoes” reflected from the walls of the canal. The signal is then analyzed by a computer.

The technology has already been tested. Scientists have developed 32 commands in the form of individual words and another 25 in the form of phrases. The quality of recognition turned out to be satisfactory: the number of errors did not exceed 10.2 and 12.3 percent, respectively. These figures can be improved as the approach improves. The experimental system works well at high noise levels and when face masks are used. The developers consider it promising and continue research.