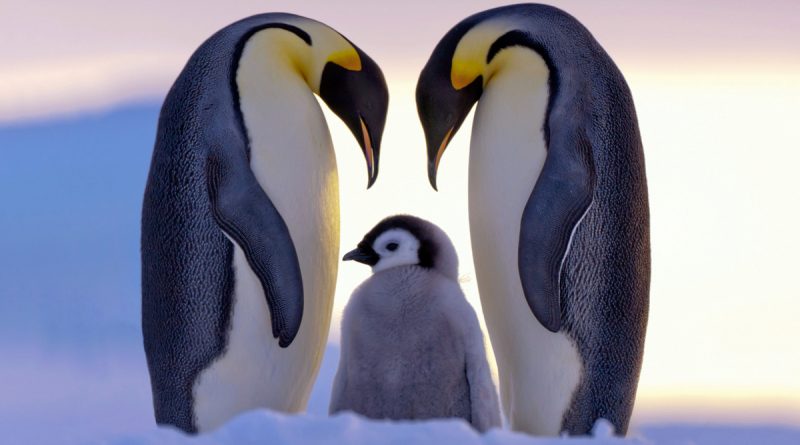 Due to global warming, emperor penguins may disappear entirely by the end of this century

The habitat of emperor penguins is the coast of Antarctica. More precisely, it is a narrow coastal ice edge, many kilometers long, experiencing all the blows of global warming. The fact is that any unfavorable changes in the ice cover immediately affect the existence of its inhabitants.

For example, because of the large amount of ice adult penguins have to make longer and longer trips to get food, and during this time their chicks are starving. The lack of sea ice is no less problematic, as the babies can drown. Alas, negative climatic changes are bringing this delicate balance to naught.

Results of research conducted by the staff of the Oceanographic Institute WHOI, USA, showed that if the ice cover of Antarctica will shrink at the same rate as now, by the end of this century, the population of emperor penguins may disappear completely.

To avoid this, U.S. authorities are going to include them in the list of rare polar animals to be protected, along with polar bears, ringed seals and some coral species covered by the Endangered Species Act.

However, it is worth noting that emperor penguins are not native to the United States, and the above-mentioned law is only intended to reduce the possible harm that could be caused to them by the American fishing fleet in this region.

Scientists estimate that the distant ancestors of modern penguins first appeared in Antarctica between 10 and 47 million years ago. During this time they fully adapted to the local harsh conditions, but they were clearly not ready for the latest changes in climate. Only joint efforts of the world community to change the climate situation can save emperor penguins and other animals from extinction.