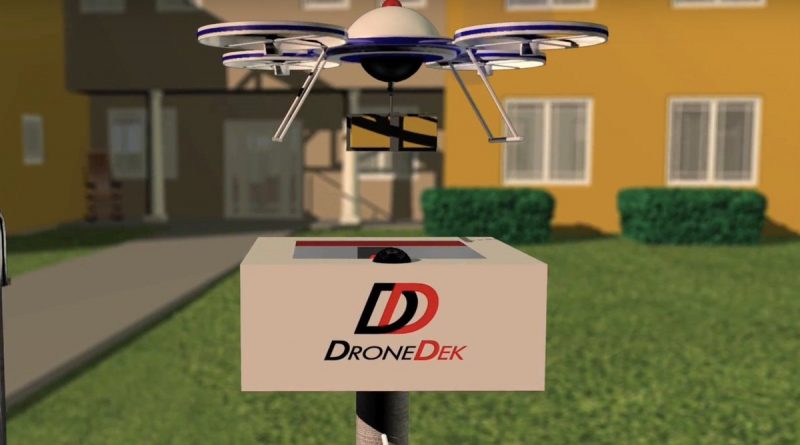 In the postcode world, remote ordering of goods and their delivery without human involvement will become a new reality. The startup DroneDek, which is developing a modified version of the mailbox of the future, has already been created specifically for it. It is installed near the addressee’s home and can still receive ordinary letters and parcels from letter carriers, but is primarily designed to work with drone couriers.

As it approaches the DroneDek, the drone navigates its GPS signal to hover precisely over the lid and transmit a security code. The vandal-resistant lid opens and the cargo is lowered inside on a tether. If the drone itself is depleted, it can land on the closed lid and recharge its batteries wirelessly. A camera inside the box scans the zip code and sends a message to the user about the arrival of the cargo, and can show it visually. 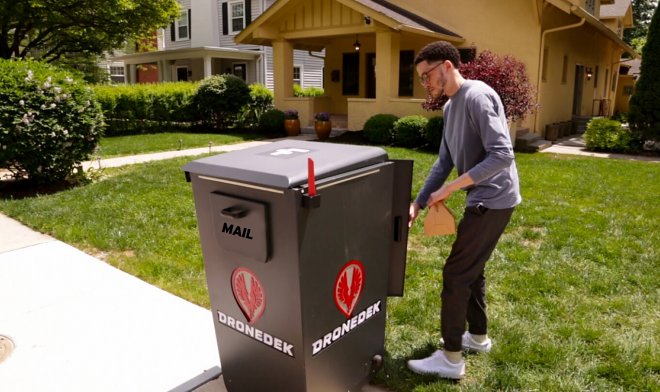 If a shipment requires a special temperature control – heat for cooked food or cold for medicine – it will be activated. Inside the crate there are UV lamps and ionizers to kill germs on the surface of the package. An explosive detector and toxic substances scanner can be optional, as well as a system of alerting the special services if they are detected.

A package can wait as long as you like, and to pick it up, you need to confirm your identity with biometric scanners. The DroneDek is tamper-proof and alarmed, and it is mounted on a solid base to resist theft of the mailbox itself. It is stated that production will begin next year.