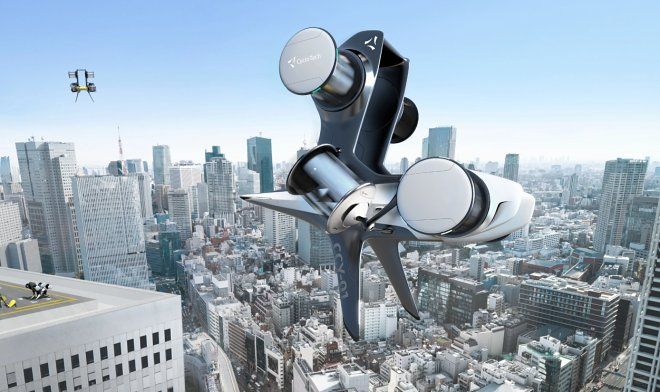 The UAV is equipped with six cylindrical engines operating on the principle of a Voigt-Schneider wing engine with cycloidal movement of the blades. The main feature of the mechanism is that the blades rotate at high speed, constantly changing the inclination to provide the necessary thrust.

The project was named CCY-01. The drone has six rotating cylinders with blades – two in the front, two in the rear and two more in the middle, arranged at a 90-degree angle to them. The front and rear propellers are responsible for propulsion forward, with one of the pairs being a backup in case of emergency.

The ones at a 90-degree angle provide horizontal lateral thrust – this allows the drone to compensate for side winds when landing.

A very interesting form of the CCY-01 is specifically designed to carry the “Pod Unit for Parcel Air-Transportation” (PUPA), which Yamato developed and is a compact cargo cart on retractable wheels.

The PUPA is loaded into the cargo compartment of the drone between the racks using a special metal rod. Inside the compartment, the wheels fold up. For today CCY-01 – a conceptual flying machine, which has a feasibility study. However, whether it will go into mass production is still unknown. 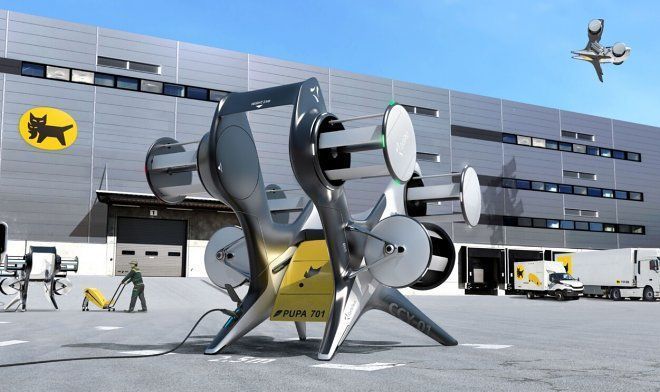