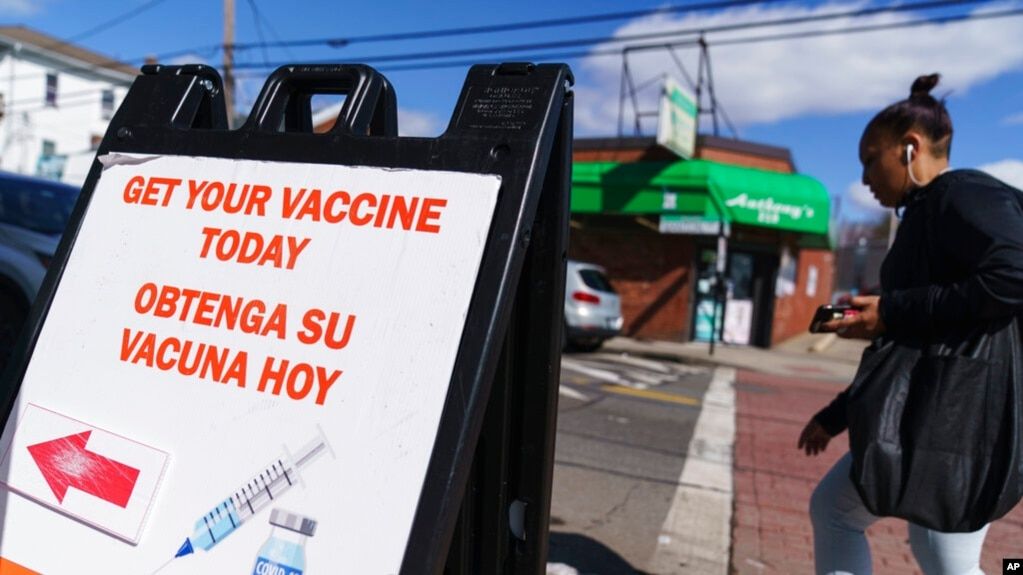 Coronavirus cases are on the rise in most U.S. states after a two-month nationwide decline. Experts say the new wave is caused by a mutation called BA.2, which is thought to be about 30 percent more infectious than the previous strain.

According to Johns Hopkins University, the average weekly increase in new cases rose to 39,521 cases a day, up from 30,724 two weeks earlier. Experts said the current surge is somewhat mitigated by the higher level of immunity Americans have developed as a result of vaccinations.

Right now, the Northeast U.S. has the highest prevalence rates — more than 90% of new infections caused by the BA.2 strain last week were reported there, compared with 86% nationwide. Vermont, Rhode Island, Alaska, New York and Massachusetts had the highest rates of new COVID-19 cases in the past 14 days. Washington, D.C., is also in the top 10 for new infections.

According to Johns Hopkins University, the average number of new cases per day in some states, such as Rhode Island and New Hampshire, has risen more than 100 percent in two weeks.

Rhode Island Department of Health spokesman Joseph Wendelken said hospitalization rates remain relatively low at this point. He said about 55 COVID-19 patients are hospitalized now, compared to as many as 600 during the pandemic. Meanwhile, 99% of Rhode Island adults have been vaccinated with at least one dose of the vaccine, and 48% have received an additional booster dose, which scientists say is a key factor in protecting against the severe course of the disease.

Vermont, which also has a relatively high vaccination rate, has fewer patients in hospitals than at the height of the Omicron strain wave. According to local health system spokesman Mark Levin, hospitalizations and ICU admissions have increased slightly, although deaths have not.

Data from the Centers for Disease Control and Prevention show that new hospitalizations for patients with confirmed COVID-19 have increased slightly in the New England and New York regions.

Experts say that as the new wave of the virus spreads across the country, states with low vaccination rates could face significantly more infections and severe cases requiring hospitalization.