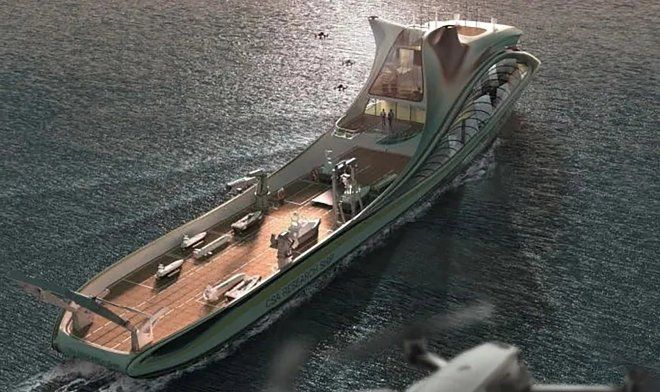 The world’s first 88-meter Zhu Hai Yun semi-autonomous drone ship, capable of transporting and launching unmanned vehicles of various classes and then controlling their actions, was put into service in China last week.

The ship was built by Huangpu Wenchong almost a year ago. According to the South China Morning Post, it is the world’s first autonomous platform designed to perform operations using not only UAVs, but also underwater and surface autonomous drones.

Unlike the fully autonomous Japanese container ship Suzaku, the Chinese drone ship is remotely controlled until it enters the open sea, after which it is switched to autonomous mode.

According to the shipbuilding company, the autonomous vessel has everything necessary to deploy drones of different classes and ensure interaction between them during specific missions. When they are completed, the UAVs return and land on deck, while the boats and submarine drones are hoisted aboard using hoisting devices.

Zhu Hai Yun was originally designed to explore the ocean depths, but it is quite obvious that it could also be adopted by the Chinese Navy.