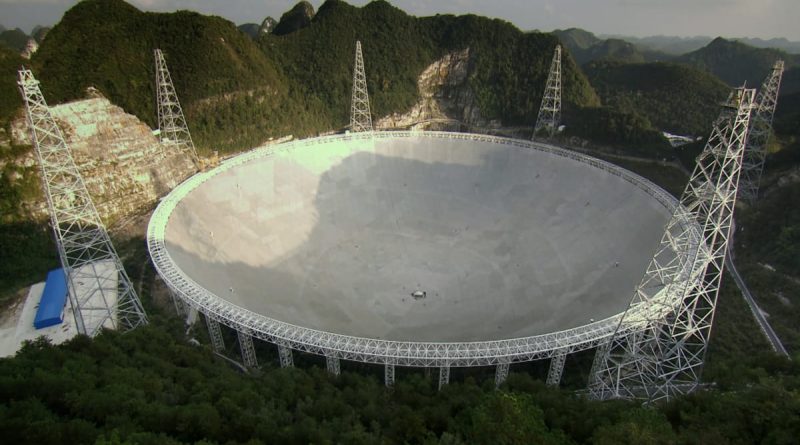 Huge antennas are often associated with equipment for space research, but they are also used in more “down-to-earth” ways. According to media reports, the Chinese were to build the world’s largest long-range communication antenna. It will be able to communicate with submarines at a distance of up to 3,000 km.

The mysterious antenna was placed about 1,000 km south of Beijing, 2,000 km southeast of Dunhuang and 1,000 km east of Mianyang. The Chinese did not name the exact location, but revealed some important details. The project is expected to use a complex network of cables and many supports similar to traditional power grids. The system uses two underground transmitters that use electric current to turn the Earth into a giant radio station.

Thanks to this, the Chinese will be able to communicate with their own submarines hiding in the waters of the American Guam base in the western Pacific. Tests have already confirmed that it is possible to communicate without problems with a receiver located at a depth of 200 m and at a distance of 1,300 km from the antenna. Extremely low frequencies from 0.1 to 300 Hz are used to provide stable communication that can cover very long distances both underwater and underground.

The second method has also been tried.The Chinese cooperated in the test with Russian specialists, sending a signal to a station located 7000 km away, and the signal was received correctly.