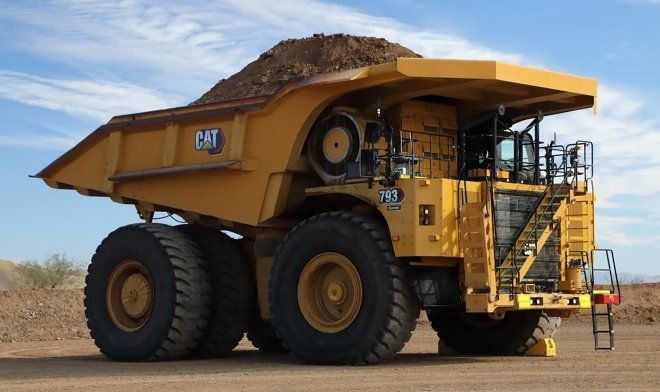 Heavy equipment manufacturer Caterpillar has unveiled a prototype of the world’s first all-electric 793 Electric dump truck with an output of 2,650 hp.

Caterpillar has not yet disclosed the impressive performance of its offspring, but it is known that during the test drive at the range of the company in Arizona, the truck has hauled 265 tons of cargo for 7 miles, sometimes accelerating to a maximum speed of 60 mph.

Along the way, it also covered a 10-degree climb at 12 mph and the same descent, which was used to recharge the batteries. Caterpillar’s partners in the project were the world’s largest mining companies BHP, Freeport-McMoRan, Newmont Corporation, Rio Tinto and Teck Resources Limited, as they plan to use electric trucks in their operations in the future.