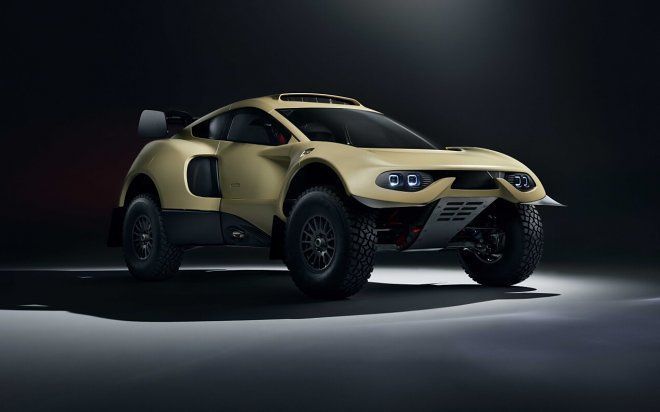 British Prodrive has developed an off-road hypercar for rally fans

The British company Prodrive is known as a creator of racing off-road vehicles for rally, therefore a big and simultaneously pleasant surprise for car enthusiasts was the “amateur” version of the Dakar Hunter T1 – Prodrive Hunter.

Absence of rally regulations allowed the developers to remove the twin-turbocharged Ford 3.5 V6 engine with as much as 600 hp, which is 50% higher than that of the racing prototype. It is complemented by a six-speed gearbox with a smooth and virtually instant shift system, as well as permanent four-wheel drive. Maximum speed of the off-road supercar is about 300 km/h. Up to 100 km/h Hunter accelerates in less than four seconds.

The designer of the design is an ex-stylist of Jaguar and Aston Martin Ian Callum. The two-seat cabin retains the Dakar-inspired racing style with elements of modern automotive luxury: carbon fiber seats and interior trim, six-point seat belts, a “naked” frame, dashboard and navigator, worthy of luxury SUVs.

The body is also made of carbon fiber and Prodrive Composites, under which there is a high-strength steel frame. The Hunter has 35-inch tires, and the wheels are equipped with six-piston brake calipers.

Prodrive Hunter will be produced in a limited edition of only 25 cars. The price of the racing off-road vehicle is $1.6 million. 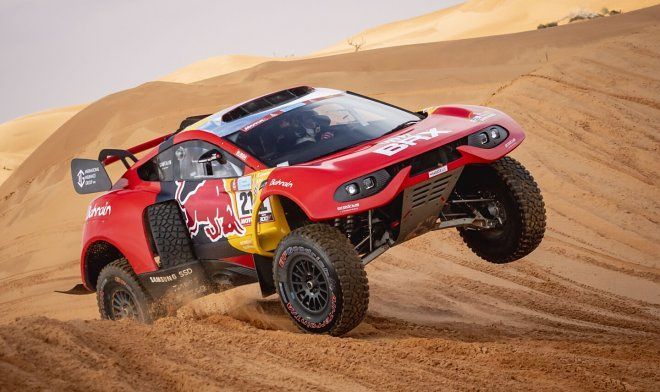