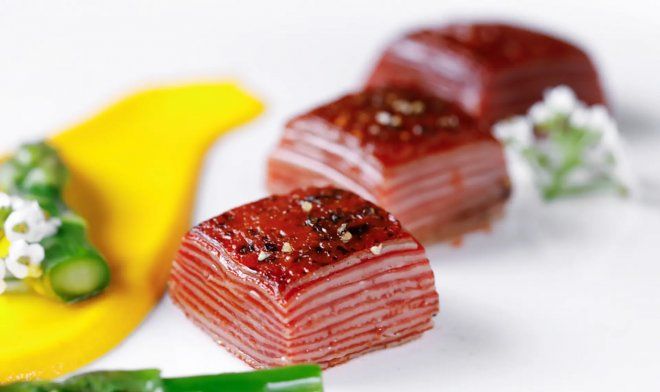 Steakholder Foods, which grew out of the Israeli startup MeaTech 3D, announced a public tasting of synthetic wagyu beef for later this year. It is reported that they have succeeded in producing an “omakase” analogue that is superior to the original in every way. Most importantly, such synthetic meat is actually meat, and its properties can be varied to suit any needs.

The technology is based on the creation of “biochernils,” a semi-liquid material that can be primed into a 3D printer to print the desired structure. The biochernils are made up of muscle and fat cell fragments grown from the animal’s stem cells. In other words, it is a full-fledged beef, initially divided into components for ease of use in 3D printing.

Steakholder Foods says they can not only reproduce the characteristic marbled wagyu pattern, but also make the meat even better. For example, achieve a perfect distribution of meat and fat in each piece. Or, conversely, to increase the nutritional value of the meat, to make it more beautiful, to adapt the appearance to create a new dish. Instead of searching for the right piece of cow carcass, the chef of the future will set a program for the 3D printer and get what he is looking for right away.

A disadvantage of the technology is the lack of information about the cost of such synthetic meat, the data is closed. All we know is that Steakholder Foods plans to sell it at a price no lower than that of real wagyu beef, so there is no effective competition. On the other hand, growing wholesome meat in a laboratory could be an alternative to cattle farming in a changing climate. 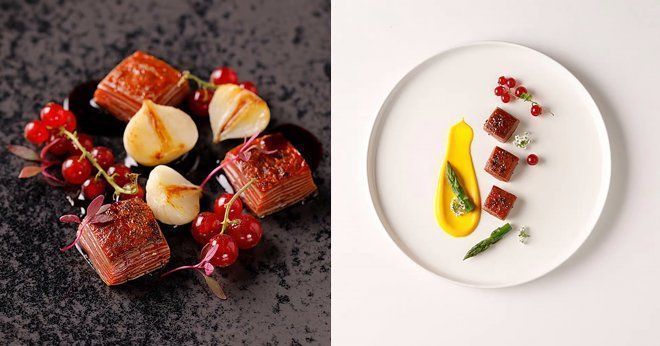