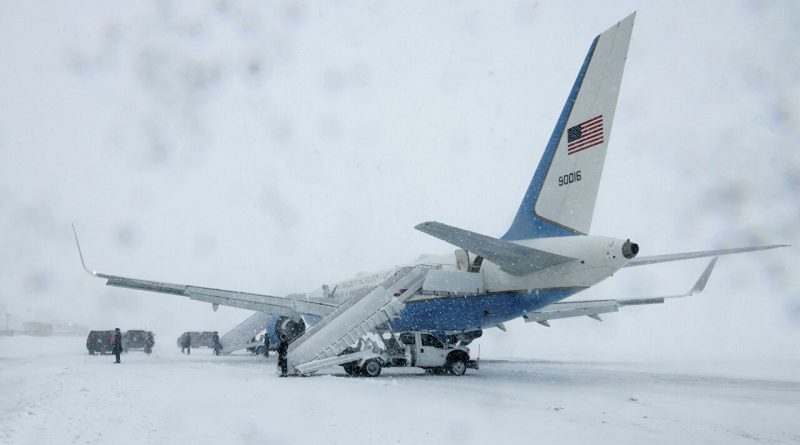 Biden's plane was caught in a huge storm

U.S. President Joe Biden, after spending several days in Delaware for the New Year holidays, returned to the White House in the midst of the snowstorm that engulfed Washington.

As evidenced by a video posted by the White House press pool on Twitter, the head of state’s flight was caught in a heavy snowstorm upon arrival at Andrews Air Force Base, Maryland. After landing, Biden had to stay inside the plane for about half an hour more while waiting for the runway to be sufficiently cleared of snow.

Biden came down the ramp slightly swaying under the influence of powerful gusts of wind, and then got into the waiting car and drove away.

Meanwhile, meteorologists expect up to 30 cm of precipitation to fall in Washington by the end of Monday. The offices of the federal agencies were closed because of the heavy snowfall in Washington with only emergency workers involved. Educational institutions in the city also do not function that day.