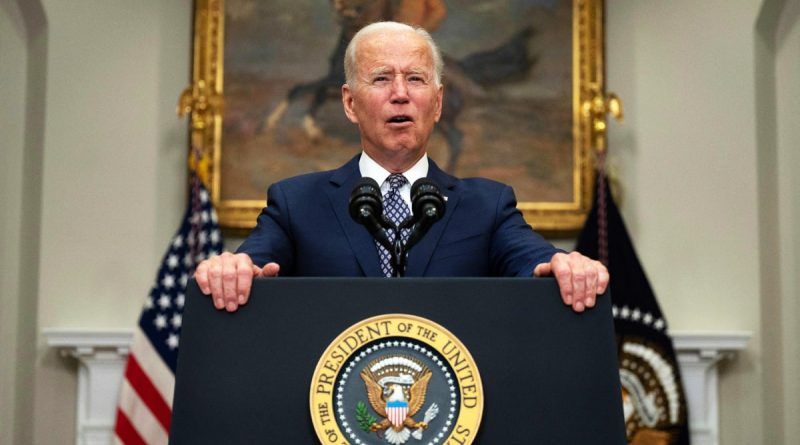 Biden urged Congress to tighten gun control in the country

President Joe Biden called on Congress to ban assault weapons, expand background checks for buyers of guns, rifles, and shotguns, and take other sensible gun control measures in the wake of a string of mass shootings that have occurred in the United States over the past month.

Speaking from the White House, Biden asked Americans, stunned by the recent tragedies in Yuvalde, Tulsa and Buffalo, how long it would take to change gun laws in America.

The president called for a series of measures that Republicans in Congress have historically always opposed, including a ban on the sale of assault weapons or, if that is not possible, raising the minimum age to buy those weapons from 18 to 21, and repealing a law that protects gun manufacturers from prosecution for violence committed by people who carry guns.

“We can’t let the American people down again,” Biden said, insisting that Republicans be allowed to bring gun control bills to a vote.

The United States, which has a higher rate of gun deaths than any other wealthy country in the West, has seen mass shootings in New York, Texas and Oklahoma in recent weeks.

Lawmakers are considering measures to expand background checks and introduce “red flags” that would allow law enforcement officers to take guns away from people with mental illnesses. But almost all of the new measures face serious obstruction from Republicans, especially in the Senate, and initiatives to ban assault weapons lack sufficient support to move forward.

Despite the political challenges, Biden urged Congress to act.

“After Columbine there was Sandy Hook, after Charleston, after Orlando, after Las Vegas, after Parkland, nothing has been done,” Biden said, listing high-profile mass shootings in the last decade alone. – It shouldn’t happen this time.”

Supporters of tougher gun laws are pushing Biden to pass stricter measures, but the White House wants Congress to pass legislation that would have a more lasting impact than any executive order.

A U.S. House committee on Thursday has already begun work on a bill aimed at tightening the nation’s gun laws, though the initiative has little chance of passing the Senate.

Biden’s speech was intended, in part, to keep the issue at the forefront of voters’ minds. The president has given only a handful of evening speeches from the White House during his term, including one about the COVID-19 pandemic in 2021 and one about the Texas shooting last week.

According to Gun Violence Archive, a nonprofit research group, more than 18,000 people in the United States died from gun violence in 2022, including homicides and suicides.

In the wake of the Texas shooting, Biden urged the country to confront a powerful pro-gun lobby that supports politicians who oppose such legislation.

Supporters of tougher laws have expressed cautious optimism that lawmakers may coalesce around some gun control measures. If not, they plan to turn the initiative into a slogan in the November midterm elections for Congress.