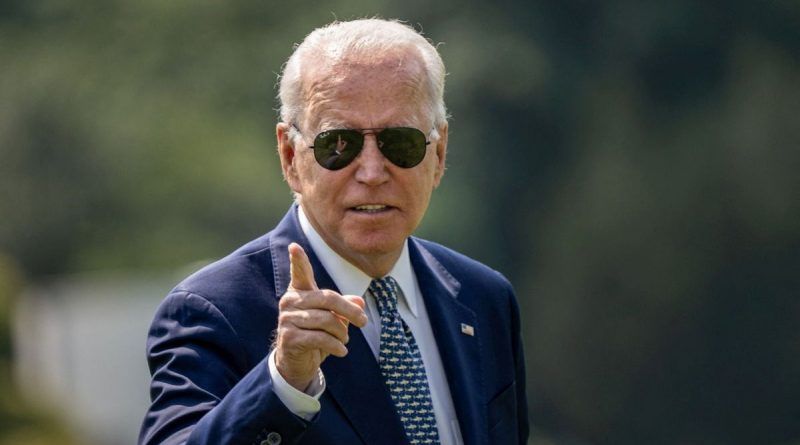 President Joe Biden will receive the ruling emir of Qatar, Tamim bin Hamad Al-Thani, at the White House on Monday. Biden hopes this gas-rich country will once again come to the aid of the West, which is threatened by the prospect of a European energy crisis if Russia invades Ukraine.

Qatar played a central role in facilitating the U.S. military evacuation of Afghan specialists and U.S. citizens in Afghanistan last summer. The country is also home to the largest U.S. airbase in the Middle East.

Qatar is the world’s second largest exporter of liquefied natural gas (LNG). Experts believe that now, with approximately 100,000 Russian troops concentrated on the border with Ukraine, this Middle Eastern country is once again ready to help the United States. However, Qatar will be able to offer only limited help if Russia interferes with the flow of energy supplies to Europe.

“Qatar sees this as an opportunity to further improve its relationship with the U.S.,” commented Yesar Al-Maleki, an energy economist at the Middle East Institute in Washington. – But it will be very difficult to do so because there are no surplus resources.

Qatar produces LNG at full capacity. Most of its supply is contracted to Asia. According to energy analysts, even if some U.S. Pacific allies, including India, Japan and South Korea, are persuaded to redirect some LNG contracts to Europe, it will only slightly alleviate the crisis.

The White House said President Biden and Emir Tamim bin Hamad al-Thani will also discuss security issues in the Middle East and the situation in Afghanistan, where humanitarian conditions have deteriorated since last year’s withdrawal of U.S. troops.

But contingency planning efforts if Russia cuts off gas supplies to Europe are the most pressing issue on their agenda.

Last week, LNG futures prices rose amid growing fears that a potential conflict could disrupt Russian gas transit through Ukraine to Europe. The crisis has been exacerbated by Russia’s supply cuts. It normally accounts for about 40 percent of Europe’s natural gas supply, but despite high global prices, it cut its exports by about 25 percent in the fourth quarter of 2021 compared to the same period in 2020.

Any Russian invasion of Ukraine would almost certainly trigger economic sanctions from the U.S. and its European allies. This could lead to worldwide oil and gas shortages and likely higher energy prices, threatening to shake the global economy.

Russia has repeatedly stated that it has no intention to invade Ukraine. The Biden administration has warned that military action may be “inevitable.” Kremlin spokesman Dmitry Peskov called fears that Russia might cut off gas supplies to Europe “fake hysteria.