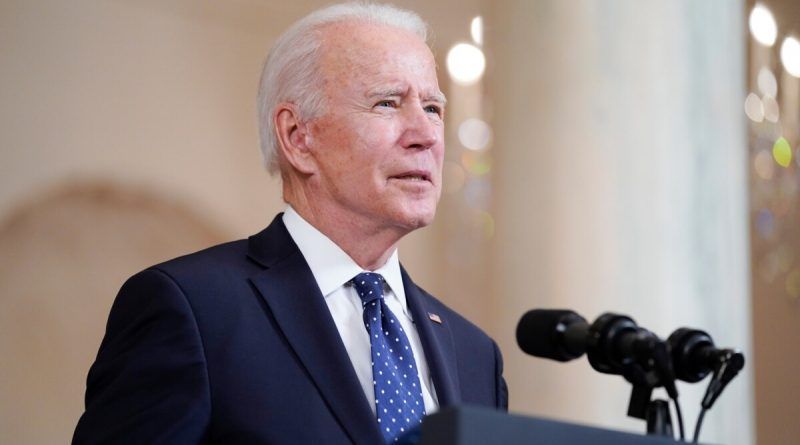 Biden: the U.S. will provide Ukraine with multiple rocket launchers

“The people of Ukraine continue to inspire the world with their courage and determination as they bravely fight to defend their country and democracy from Russian aggression. The United States will support our Ukrainian partners and continue to provide Ukraine with weapons and equipment for self-defense,” Joe Biden said.

The new security assistance package is designed “to provide timely and critical assistance to the Ukrainian military.”

“With additional funding for Ukraine passed with overwhelming bipartisan support in the U.S. Congress, the United States will be able to continue to provide Ukraine with more of the weapons it uses so effectively to repel Russian attacks. This new package will arm them with new capabilities and advanced weapons, including HIMARS with ammunition, to defend their territory against a Russian offensive. We will continue to lead the world in providing historic aid to support Ukraine’s fight for freedom,” Biden said.

A statement released earlier Wednesday by Secretary of State Anthony Blinken noted that the U.S. is sending $700 million worth of military hardware and equipment to Ukraine. This is the 11th military aid package since February 24. Together with this package, total U.S. military aid to Ukraine since February 24 will be approximately $4.6 billion. This aid is funded as part of the $40 billion appropriated by Congress to support Ukraine.

Blinken’s statement emphasizes that “in the three months since the unprovoked and brutal invasion of Ukraine, Russia has failed to achieve its strategic goals. What the Kremlin has succeeded in doing is destroying population centers, brutalizing civilians, undermining Ukrainian agriculture, and threatening global food security by blockading Ukrainian ports. The will of Ukraine’s courageous troops to defend their country is admirable, and Ukraine has shown that it will never be subservient to Russia.”

The secretary of state also noted that the Ukrainian people continue to fight for a democratic Ukraine that will determine its own future. The U.S., together with its allies and partners, will support Ukraine for as long as necessary, Anthony Blinken said.