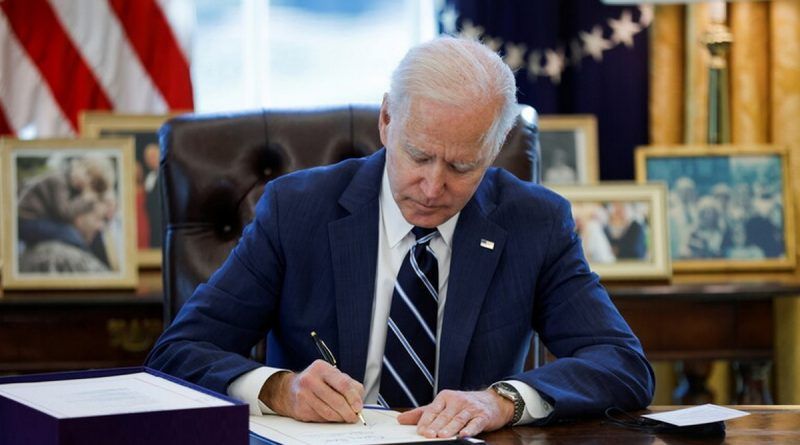 U.S. President Joe Biden signed a sanctions decree on Monday in connection with Russia’s recognition of the sovereignty of the Donetsk and Luhansk People’s Republics (DNR and LNR). The document, among other things, prohibits Americans from financing and investing in the DNR and LNR, as well as from trading with them.

“The following is prohibited: new investments by U.S. individuals and entities in the so-called DNR and LNR or other similar regions of Ukraine, which may be determined by the U.S. Treasury Secretary in consultation with the Secretary of State,” reads the text of the decree, which was distributed by the White House press service.

The executive order also grants the U.S. administration the authority to impose sanctions on individuals operating in the DNR and LNR, as well as on representatives of the leadership of organizations operating there. Inclusion in the sanctions list means freezing assets in the US and prohibiting US citizens or companies from doing business with the individuals on the list.

As stated in the text of the decree, the American leader stated that he “concluded that the recognition by the Russian Federation of the so-called Donetsk and Luhansk People’s Republics, which it claims contradicts Russia’s commitments under the Minsk agreements and further threatens the peace, stability, sovereignty and territorial integrity of Ukraine.

At the same time, in the text of the decree itself, as well as in a letter sent to the leaders of the US Congress in connection with the signing of the sanctions document, the White House head emphasized that Moscow’s current decision “represents an extraordinary and extraordinary threat to the national security and foreign policy of the United States.”

The situation at the line of contact in the east of Ukraine escalated on February 17. The DNR and LNR reported the most active shelling by Ukraine in recent months.

Russian President Vladimir Putin held a meeting of the Russian Security Council on Monday, whose members spoke in favor of recognizing the independence of the Donetsk and Luhansk People’s Republics. Later, the Russian leader declared his recognition of the sovereignty of the DNR and LNR. Treaties of friendship, cooperation and mutual assistance were signed with their leaders.