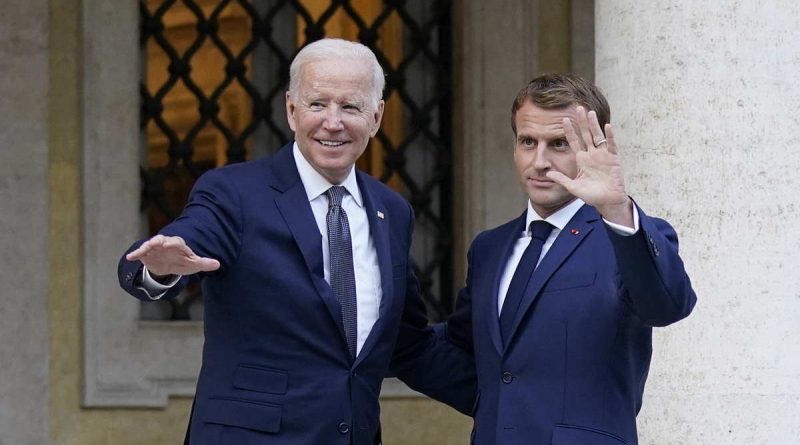 Biden says U.S. and France can work together in all regions of the world

The U.S. considers France one of its main allies; Washington and Paris are able to work together in all regions of the globe. U.S. President Joe Biden said this on Friday at a meeting with French President Emmanuel Macron at the French Embassy at the Vatican.

“We have no longer, no more loyal, no more worthy ally than France. She has been with us from the beginning. There is no place in the world where we cannot work together and cooperate. France is appreciated everywhere,” Joe Biden said.

Biden acknowledged that the U.S. has behaved badly toward France, acting clumsily in forming the new AUKUS security partnership with Australia and Britain.

“I think what we did was, to use a phrase in English, clumsy. It was done without finesse. I was under the impression that certain actions were taken by U.S. officials, but they were not taken,” Biden said, referring to Washington’s moves to create the AUKUS alliance. These actions, which directly affected French interests, were taken without prior coordination with Paris and led to an acute crisis in bilateral relations.

Biden stressed that “France is an extremely, extremely highly regarded partner” of the United States, a key world power. The United States and France share “the same values.

Biden was asked to clarify exactly what he meant when he mentioned the steps the U.S. government had not taken. “I was under the impression that France had been informed long before the deal was reached,” Biden replied.

He expressed confidence that the history of the U.S.-French relationship would not allow it to “break that,” that is, the alliance between Washington and Paris. The world is at a tipping point, “the pieces on the chessboard are moving, it happens every 50 to 75 years,” Biden said. In this regard, he assured that the U.S. wants to stand on the same side as France amid the current transformation of the system of international relations.