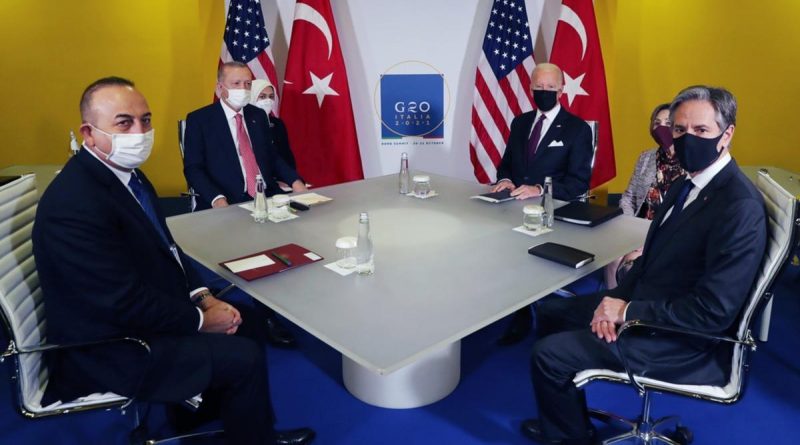 Biden says U.S. and EU usher in a new era of transatlantic cooperation

The United States and the European Union will usher in a new era of transatlantic cooperation through a trade and climate deal. This was the opinion expressed by U.S. President Joe Biden, announcing on Sunday on the margins of the G-20 summit in Rome the agreements with the EU regarding the mutual elimination of customs duties on several categories of goods in bilateral trade.

“The U.S. and the European Union have achieved a major breakthrough that addresses the existential threat of climate change while protecting American jobs and American industry. Together, the U.S. and the EU are ushering in a new era of transatlantic cooperation that will benefit all of our nations – both now and, in my view, for years to come,” Joe Biden.

In his view, the agreements reached were proof of the continued “strong partnership” between the United States and the EU, as well as what Washington can achieve by working constructively with its allies on the world stage.

As Biden explained, the deal “immediately eliminates duties” by the EU “on a range of U.S. goods and lowers prices for the American consumer.” The agreement will ensure “a strong and competitive U.S. steel industry for decades to come” and create new jobs in the country, the White House chief believes. From his point of view, the agreement allows to “reject the false idea” that it is impossible to ensure the growth of the American economy and to deal with the climate crisis at the same time.

According to Biden, the U.S. and the EU have also committed to work out “agreements on trade in steel and aluminum, affecting the carbon”. It is assumed that these agreements will be an incentive “to reduce emissions in one of the most carbon-rich sectors of the global economy,” specified the head of the Washington administration.