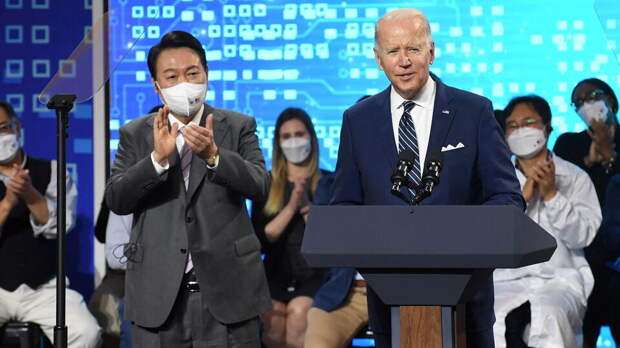 President Biden addressed Republic of Korea leader Yoon Seok-yeol incorrectly, but immediately corrected himself. On Friday, Biden was speaking at Samsung’s Pyeongtaek factory about the importance of semiconductor supplies to the U.S. economy.

“The alliance between the Republic of Korea and the United States is the foundation of peace, stability and prosperity for the region and the planet. Thank you all, and President Moon – Yoon – for what you have managed to do,” Joe Biden said at the end of the speech.

The inauguration of Yoon Seok-yeol took place on May 10, before which Moon Jae-in was the head of South Korea.

On Friday, Biden’s plane landed at the U.S. Air Force base near the city of Osan. President Biden visited a semiconductor manufacturing plant and was accompanied by Yoon Seok-yeol, president of the host country, and Lee Jae-myung, the de facto head of Samsung. The visit to the industrial complex, according to experts, should demonstrate Washington’s intention to strengthen technological cooperation with Seoul and the U.S. desire to organize the supply of semiconductors bypassing China.