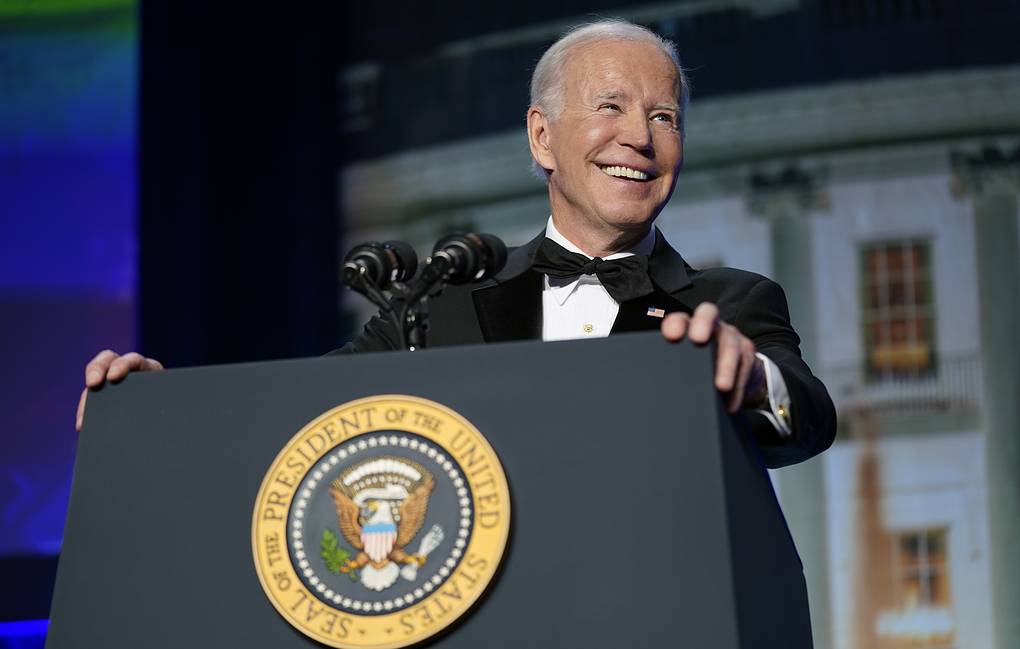 At the White House Correspondents’ Association’s traditional annual reception, President Joe Biden joked that those gathered at this top Washington social event of the year had an even lower national following than he did.

The evening at the Washington Hilton Hotel, as usual, brought together all the political journalists, U.S. government officials and showbiz stars.

“A special thanks to the 42% of you who really applauded,” Biden said.

His job as head of state is disapproved of by 52% of the nation. Biden’s level of public support has been plummeting in recent weeks. He recalled that the first White House leader to attend the event was the 30th president of the United States, Calvin Coolidge, in 1924.

“I had just been elected to the United States Senate then,” joked the 79-year-old Biden, who is often criticized for his age-related problems. Hinting at the first two years of his predecessor Donald Trump’s presidency.

“This is the first time in six years that a president has attended this dinner. It’s quite understandable. We had a terrible plague in the United States, from which two years of covid followed.”