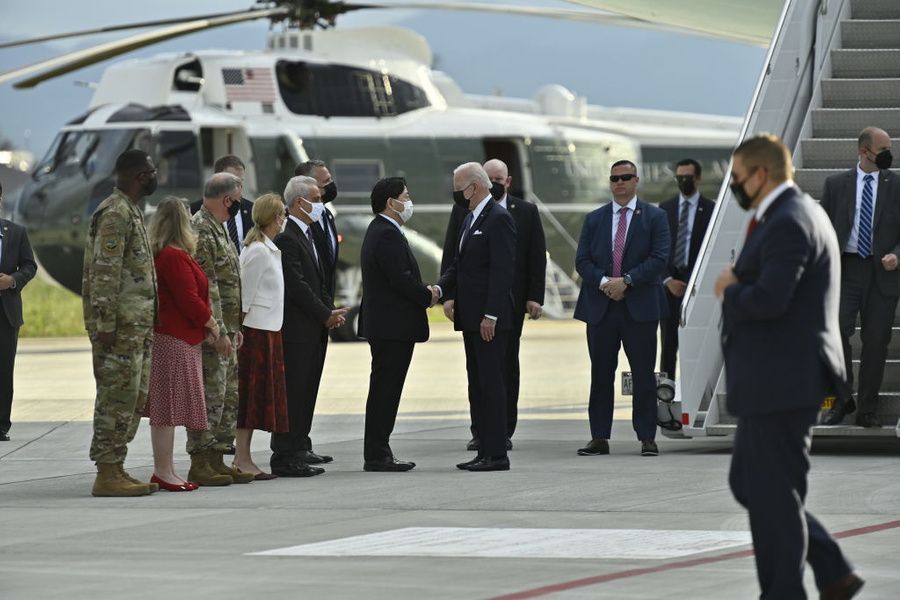 President Biden arrived Sunday on an official visit to Japan. His plane landed at the Yokota military base in Tokyo prefecture. Biden was met at the base by Japanese Foreign Minister Yoshimasa Hayashi and American Ambassador to Tokyo Rahm Emanuel.

Biden then boarded a military helicopter to take him to a hotel in the Japanese capital.

On May 23, President Biden will meet with Emperor Naruhito of Japan and hold bilateral talks with Prime Minister Fumio Kishida.

The Quad (Quadripartite Security Dialogue, which includes Australia, India, the U.S. and Japan) leaders’ summit will be held in Tokyo on Tuesday.

Before arriving in Japan, Biden visited South Korea, where he met with the country’s new president, Yoon Seok-yeol.