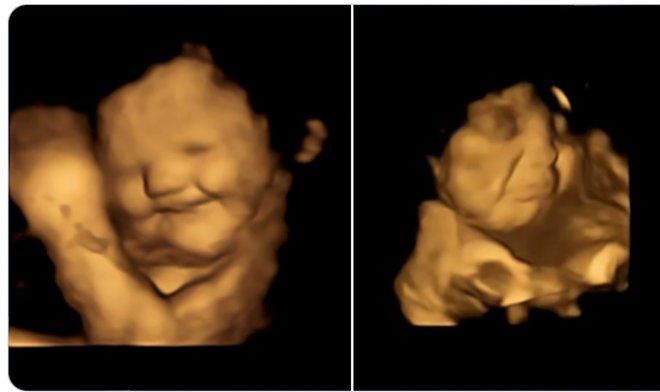 Babies in the womb can taste the food their mothers eat

Researchers from Durham University (England) conducted an experiment to test the reaction of the human fetus to different tastes of food consumed by the mother. It is known that the baby’s taste buds are formed as early as the 14th week of pregnancy, and there is also evidence that taste molecules penetrate the amniotic fluid. However, during normal pregnancy, its composition is strictly controlled by the mother’s body, so scientists asked themselves – can the fetus recognize the taste of food?

The study used advanced 4D-scanning technology with ultrasound, which allows the creation of very detailed images of the fetus. About a hundred women in the last trimester of pregnancy took part in the experiment. The ultrasound scans lasted 25 minutes each in order to trace maximum details of fetal behavior and exclude erroneous reactions.

Women were given pills with kale and carrot powder. The former had a bitter taste, the latter was perceived as sweet, although there was no sugar. As a result, the scanner recorded a distinct fetal reaction – their faces wrinkled or smiled in response to the bitter or sweet taste, respectively. The data were tested on a control group that did not receive any special flavoring.

The most interesting thing will happen in the not-too-distant future – all babies born after the experiment are taken on special records, so that when they can take solid food, scientists can check their reaction to different tastes. This will prove or disprove the hypothesis that taste habits, as well as preferences for different foods, can be established during pregnancy.