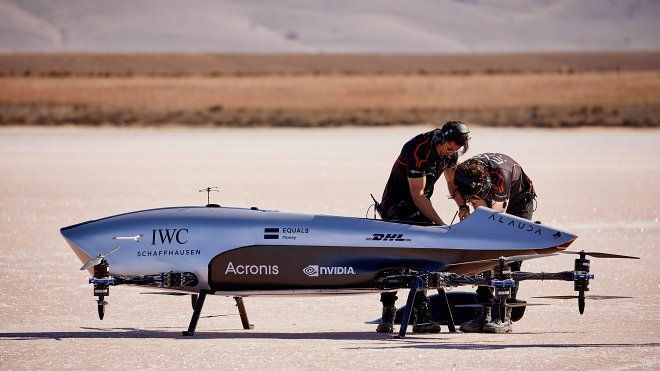 When engineers say that the future is in electric cars, they are not telling the whole story. The future is in flying electric cars! And Airspeeder has already held its first-ever airborne car racing tournament. It met its participants in the desert of South Australia, and became an event that is sure to be remembered for a lifetime. The world’s first flying electric car race should mark the establishment of an entirely new mode of transport.

Only two eVTOL-type flying machines, controlled via remote control by specially trained pilots, took part in the competition. The speeders are almost four meters long and, due to electric motors with a total power of 320 kW, they are able to accelerate to 100 km/h in just 2.8 seconds, rising up to an altitude of 500 meters. The hull of the machines is made of carbon fiber and is capable of supporting the weight of a human body.

The experience will be useful for the organizers to prepare new competitions. It is planned to conduct “Air Formula-1” races every year, attracting more and more new participants. Perhaps in one of the seasons cars will take to the skies with pilots on board. From 2024, the event should get the status of a global grand prix.