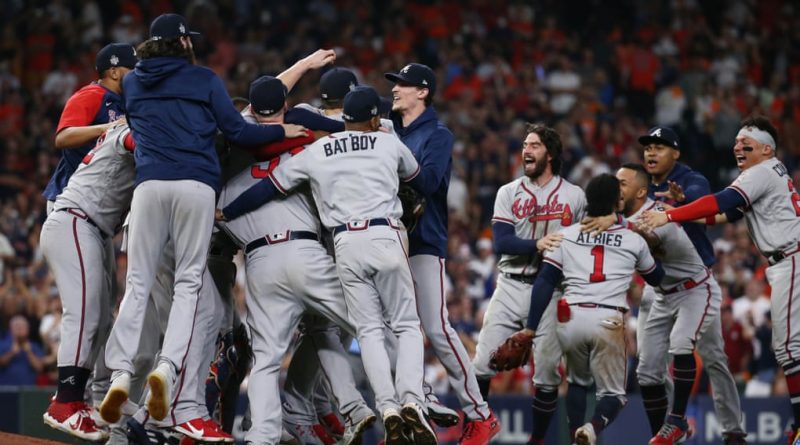 Jorge Soler, Freddie Freeman and the Braves breezed to their first World Series championship since 1995, hammering the Houston Astros 7-0 Tuesday night in Game 6.

Most of the season, it just seemed this wasn’t their year. They dropped their first four games, and soon injuries piled up. They lost their most dynamic player before the All-Star break. They were stuck below .500 in August. Yet out of nowhere, suddenly, these Atlanta Braves transformed themselves and took off.

Max Fried threw six shutout innings in the signature pitching performance of the Series. Soler, a July acquisition who tested positive for Covid-19 in the playoffs, backed him early with a monster three-run shot that left the stadium for his third homer against the Astros. The 29-year-old Cuban earned World Series MVP honors after hitting .300 with three home runs against Houston.

SOLER HAS LEFT THE BUILDING. pic.twitter.com/IOc5wXreRb

Freeman hit an RBI double and then punctuated the romp with a solo home run in the seventh that made it 7-0.