Archaeologists have created a realistic reconstruction of a Stone Age woman

In the Swedish Museum of Västernorrland there is a new exhibit devoted to the life of people 4,000 years ago. Its centerpiece is an elaborate reconstruction of a “woman from Lagmansoren,” whose skeleton was discovered during the construction of a local road in 1923. Forensic medical examiner Oskar Nilsson and archaeologist Helena Gjerum reconstructed the appearance of the Stone Age woman, adding many previously unknown details.

This skeleton is notable in that it shows no signs of hard life or ailments, in the life of this woman obviously did not suffer much. She also ate well, because she was a migrant farmer, as indicated by the presence in the remains of isotopes inherent in the grown plant foods. Alas, no DNA is preserved and all we know is that the woman died at the age of about 30 and was only 150 cm tall when she was alive. 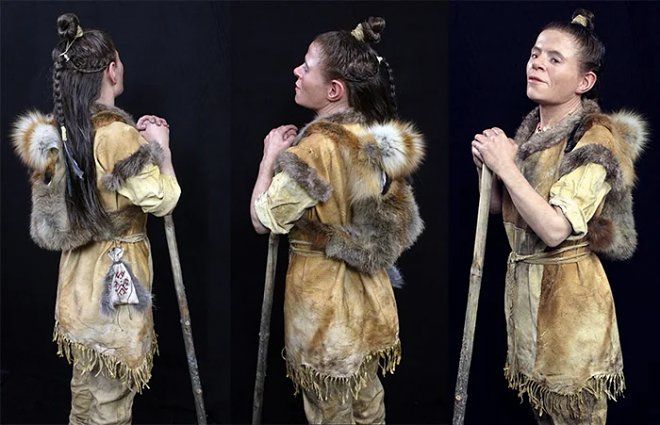 There are no traces of heavy manual labor on the skeleton, so Nilsson made the model’s physique graceful and her facial features refined. She most likely had free time and some affluence by Stone Age standards, so the woman’s hair was relatively long and well-groomed. And she probably could and wanted to dress well, so her probable costume was made of different skins and types of fur.

Gjerum used the original moose, beaver, and reindeer hides, which she processed using Stone Age technology, to create the model. The process included soaking in running water, soaking in grease for water resistance, kneading, and smoke fumigation against vermin. The lack of seams at the top was taken into account when making the cut, for example because water would have seeped in through them when it rained. Women’s clothes are extremely practical, but at the same time they are also comfortable and beautiful – we have never seen people of that era like that. 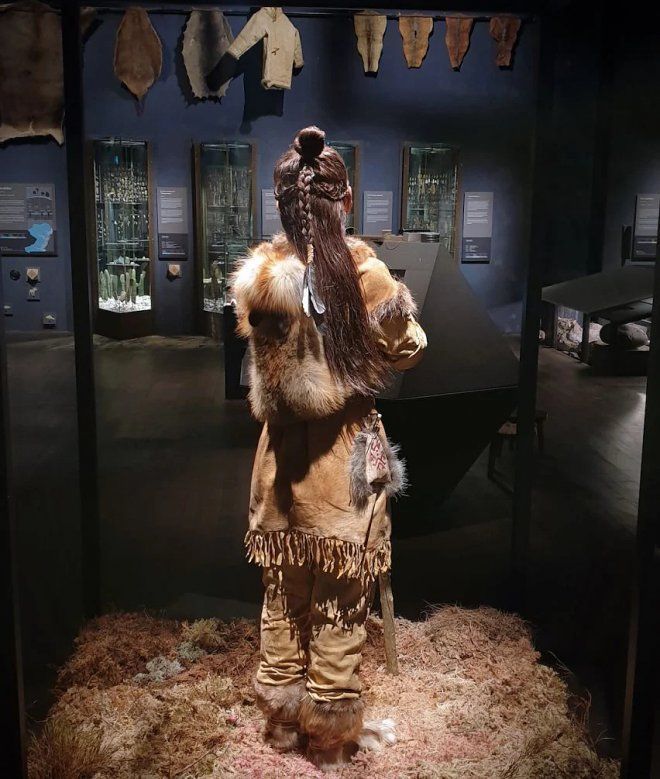