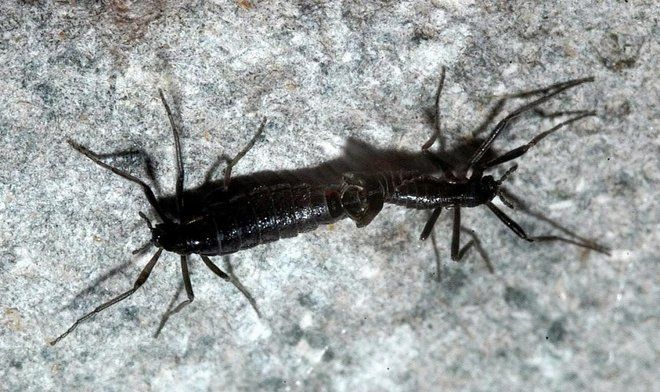 Antarctica's only resident insect may disappear forever because of global warming

Scientists have completed a series of laboratory observations of the life stages of the wingless midge Belgica antarctica and were unable to come to an unequivocal conclusion about its fate. This unique creature, the only insect in Antarctica and the largest animal on it (apart from the sea-dwelling species), has evolved to have a survival mechanism for freezing into ice. However, the global rise in temperature on the planet turns it into a death trap.

The gnat lives on the relatively warm and moss-rich Antarctic Peninsula, where temperatures range from 0℃ to -5℃. To prevent the freezing fluid in its body from damaging its living tissues as frost sets in, the midge shrinks, losing 75% of its moisture. At the same time, it accumulates nutrients and goes into a kind of hibernation. An important point is that after waking up in spring and rehydrating, the midges must go through the molting stage to gain a mouthful and start eating rotten plants to replenish their strength.

Scientists collected Belgica antarctica larvae and observed how different groups would survive hibernation under different temperature regimes. It turned out that higher air temperatures caused snow rather than ice to accumulate, increasing humidity and preventing the midges from drying out. Two-thirds of them died during hibernation, and the survivors were found to be deficient in protein and fat compared to those individuals who hibernated in a normal cold environment.

Researchers believe that because of low nutrient reserves, midges risk failure to cope with the molting process and die, which may cause the entire species to go extinct. On the other hand, global warming will make winters shorter, so the insects will be able to hibernate for longer in summer and hibernate less. Perhaps this will allow them to adapt to the new climate conditions.