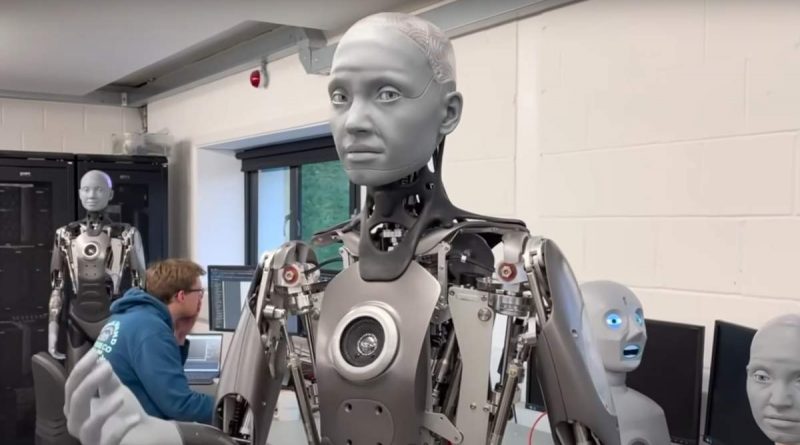 The British company Engineered Arts has reached impressive heights in robotics, and has released a video of the new Ameca robot to demonstrate it. The android machine is distinguished by two aspects. First, it has very realistic movements, including facial expressions. Secondly, Ameca is not a bad actress and has already managed to impress observers with her acting.

Strictly speaking, Ameca is not a full-fledged robot – it’s a technology demonstrator. Engineered Arts already has quite powerful AI platforms for different purposes, and in 2021 they started to create effective shells for them. In January they released Cleo, which skillfully supports conversation and successfully reinforces words with gestures, and can sing and move to the beat of sounds. But the robot’s movements were too coarse and its facial expressions left a lot to be desired.

This is not the case with Ameca. Its creators purposely crafted a very successful scenario where the robot “comes to life”, then becomes aware of itself, reacts emotionally to the camera and even invites viewers to start making friends. Ameca cannot be confused with humans, it doesn’t try to masquerade as a human, like the Terminator in the movies. On the contrary, this car has such an expressive demeanor that many commentators found its acting to be better than that of Hollywood stars.