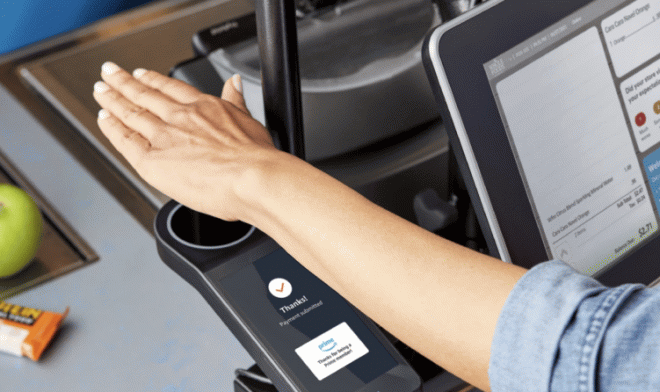 Amazon One announced the expansion of its program for paying for goods and services using customers’ palm prints. The technology first appeared in 2020, but because of the pandemic it did not spread – people were afraid to touch the scanners to avoid infection. After a refinement, the scanning is now non-contact, simply by bringing the palm of your hand to the device.

It is reported that palm scanning as a method of payment through Amazon One will appear in 65 grocery stores of Whole Foods brand, which also belongs to Amazon. The first such systems have already been implemented in Seattle, and a major expansion into California is now planned. So far, critics have expressed doubts that such technology will provide any advantage over other contactless payment methods – for example, through the phone.

However, the biggest resonance with the public and many U.S. politicians was the Amazon ad, which offers users a $10 reward for registering their identity and palm prints. Although the company claims the data is stored in encrypted form, senators have yet to get an answer to the question of how exactly that information will be used. And Red Rocks musicians have even boycotted the innovation, forcing Amazon to stop rolling out the payment technology at the event.