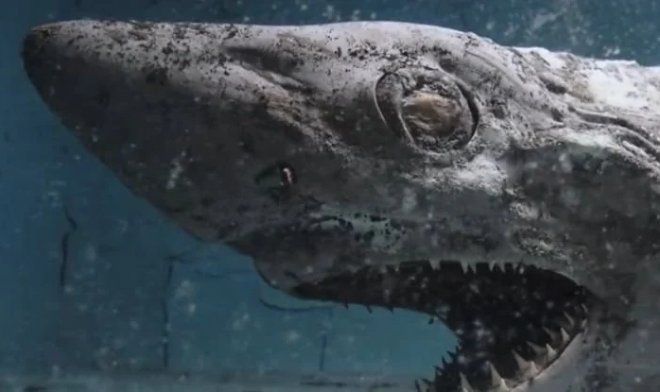 In 2014, a storm hit the northwest coast of Spain, recording an incredible 13-meter high tidal wave. It hit the shore so hard that it caused significant damage to a number of buildings, one of which was the local oceanarium. The authors of the eerie video from its ruins deliberately do not specify the rest of the details – trespassing on private property is an offense.

However, the authors themselves regretted going there, according to one of them, Frenchwoman Jude Urbecqs. Because the institution has long been abandoned, it has no pools, but it turned out to be full of mummified corpses of sea monsters that could not be evacuated in time. More precisely, exotic oceanic creatures, which, in their current state, are nothing but exhibits for a horror movie.

Uninvited guests found inside both stuffed and Styrofoam models, such as a figure of a giant squid. But most of all, they were struck by fish carcasses that had once been in formalin and were now slowly rotting away. If filmmakers wanted to bring the idea of zombie fish to life, they would get great visual material.