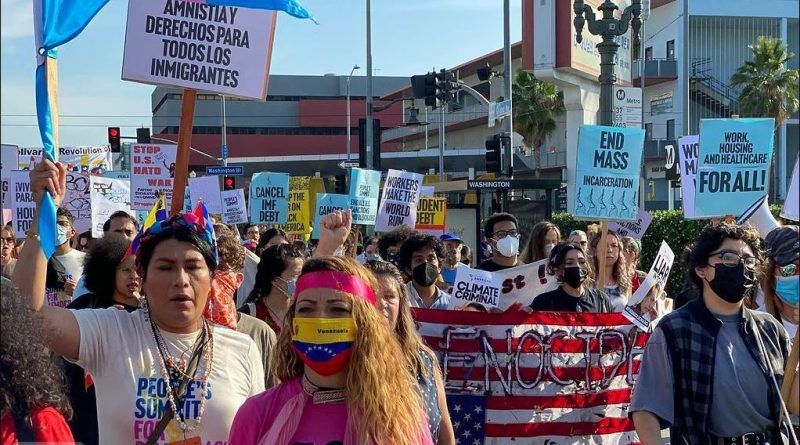 A large-scale protest against the Summit of the Americas is taking place in Los Angeles.

About 1,000 people took to the streets as part of the “Summit of the Nations,” held in opposition to the Summit of the Americas, and they are protesting U.S. sanctions against Cuba and Venezuela and White House policies.

“Whose summit is this? Our summit! We are a powerful movement, we want the sanctions lifted!” the protesters shouted.

The atmosphere is calm, with police present but not obstructing the action.