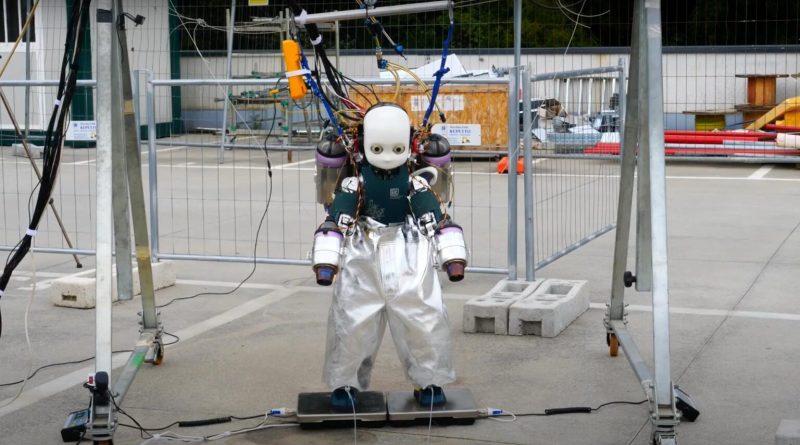 Different types of robots already walk and run, but soon they will still fly. At least, that is the plan of engineers at the Center for Robotics and Intelligent Systems at the Italian Institute of Technology.

The iRonCub is set to revolutionize the robot industry and conquer the world. The Italian developers equipped their invention with a jetpack. Two jet turbines are attached to the robot’s arms and a fuel tank is mounted on its back.

The goal is to build an army of such compact robots that can fly through the air. Such robots can patrol selected territory and, in case of a threat, land at the right point and then take appropriate action like a police Iron Man.

Italians do not hide the fact that in the future the robot may find military applications. We are talking about supporting soldiers on battlefields or carrying out missions in dangerous terrain. However, at the moment, researchers are focused on using the robot for the public good, i.e. for civilian purposes.