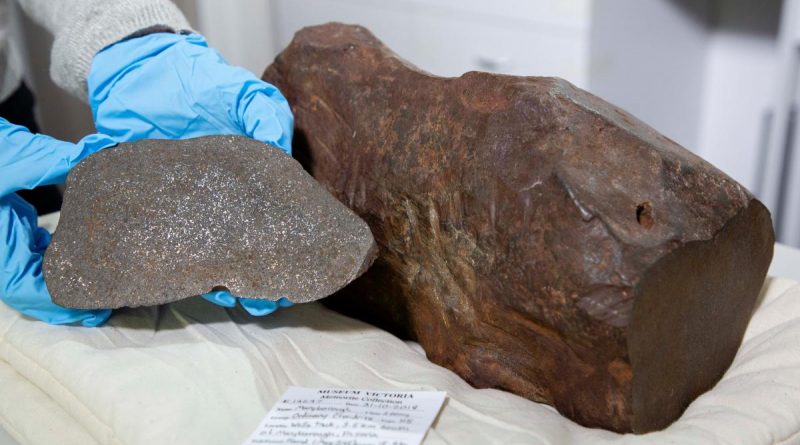 Australian David Hole was incredibly lucky when, armed with a metal detector, he dug under a layer of clay near Melbourne, a large reddish stone weighing 17 kilograms. For a long time David was sure that nature had hidden a gold nugget inside the unusual stone.

To get to it, David had to try a lot of tools – a special saw, a bolt cutter, a drill, acid, and even a sledgehammer. But all his efforts were to no avail – the stone was too much for him. Having realized the futility of his efforts, he sent the find to the Melbourne Museum for identification, where geologist Dermot Henry, after a careful examination of the stone, realized that he was faced with a unique meteorite, which became the second in the museum’s collection. 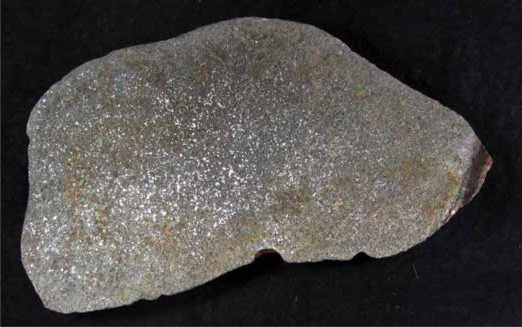 Scientists determined the age of the space visitor to be more than 4.5 billion years old. In order to separate a small fragment from it for research, scientists had to use a diamond saw. The results showed high iron content, corresponding to the meteorite class H5, as evidenced by the tiny crystals of metallic minerals (chondrites) across the surface of the stone.

It remains a mystery how and when the meteorite reached Earth. According to one hypothesis, during the formation of the solar system was a giant rotating accumulation of space dust, including chondritic rocks. Later, gravity turned most of it into the building material from which the planets were formed, and what was left over “migrated” to the asteroid belt.

After conducting carbon analysis, scientists concluded that Houle’s find may have come to Earth between 1889 and 1951, when astronomers recorded the fall of several large meteorites.

But the most curious thing about this story is that the meteorite David found, like its “brethren,” occurs much less frequently on Earth than gold, and is therefore worth much more than it.